Assassin’s Creed Odyssey was part of Google’s test run of their new service titled Project Stream. The goal of Project Stream was to test video game streaming capabilities within the Chrome browser. It was a lofty ambition and one that many agreed points to the future of video game consumption. The test was open for public applicants to sign up for, and included a free copy of Odyssey upon its conclusion. Now, a little over a month after the project’s end fans are receiving their free copy of Ubisoft’s Greek adventure.

Project Stream Could Be Indicative of Gaming’s Future

One of the most appealing aspects of the streaming service test run was the offer of a free copy of Assassin’s Creed Odyssey. All players had to do was log over an hour of game time and they were guaranteed their free game no matter how much more they continued. That all seems like a fairly enticing deal for everyone involved, including Ubisoft and Google. While consumers were busy bustling around ancient Greece, Google got the chance to test out their vision for the future on a large scale, and Ubisoft’s title received even more exposure. Additionally, all in-game progress has been saved and no download code is required. Players simply need to log into their Uplay account and install Odyssey directly from their library. 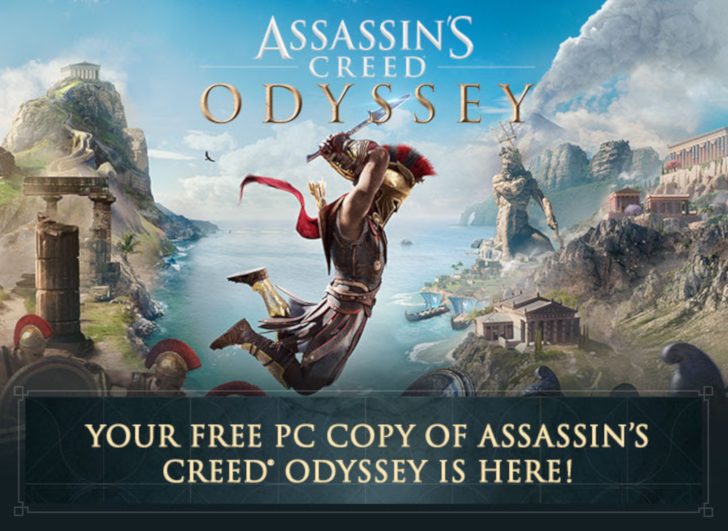 Project Stream’s long term implementation is still up in the air, but that certainly hasn’t stopped the public from speculating. The Odyssey based test was admired by fans and critics alike as an impressive technological feat, as players needed literally nothing more than the ability to run Google Chrome on their desktops. This begs questions of the future and calls into question the methods of gaming we have grown so accustomed to over the past generation. While physical sales fall and digital sales rise, many wonder if streaming could be the king of all gaming methods in the near future.

With services like Microsoft Game Pass and PlayStation Now currently employing streaming methods, Google’s efforts could be regarded as yet another step toward the horizon of what gaming will become. Yet as the public continues to question and theorize, the unknown is still an ever-present force. Will someone be able to rise to prominence as the next Netflix of gaming, or will fans see the limits of direct game streaming hit the ceiling too soon?