There are so many things you can explore in Assassin’s Creed Odyssey. There’s animals, Athenians and Spartan’s innards, and temples that are just begging to be robbed. However, with this new Assassin’s Creed Odyssey update you’re going to be exploring more than just temples. In fact, you may end up being punched to the other side of the island with this new update. Why?

Because Steropes the Cyclops, also known as the Lightning Bringer, will be heading into your Odyssey today, November 13th. Steropes has been part of Greek mythology, and involved in many media, for a long time now, so it only makes sense for him to debut in Odyssey as well. In other media, he is the brother of Arges and Brontes, and the son of Uranus and Gaia. In Clash of the Titans, the sons are brought back to life to make a weapon more powerful than Zeus’ lightning. That could explain his name: Steropes the Lightning Bringer. 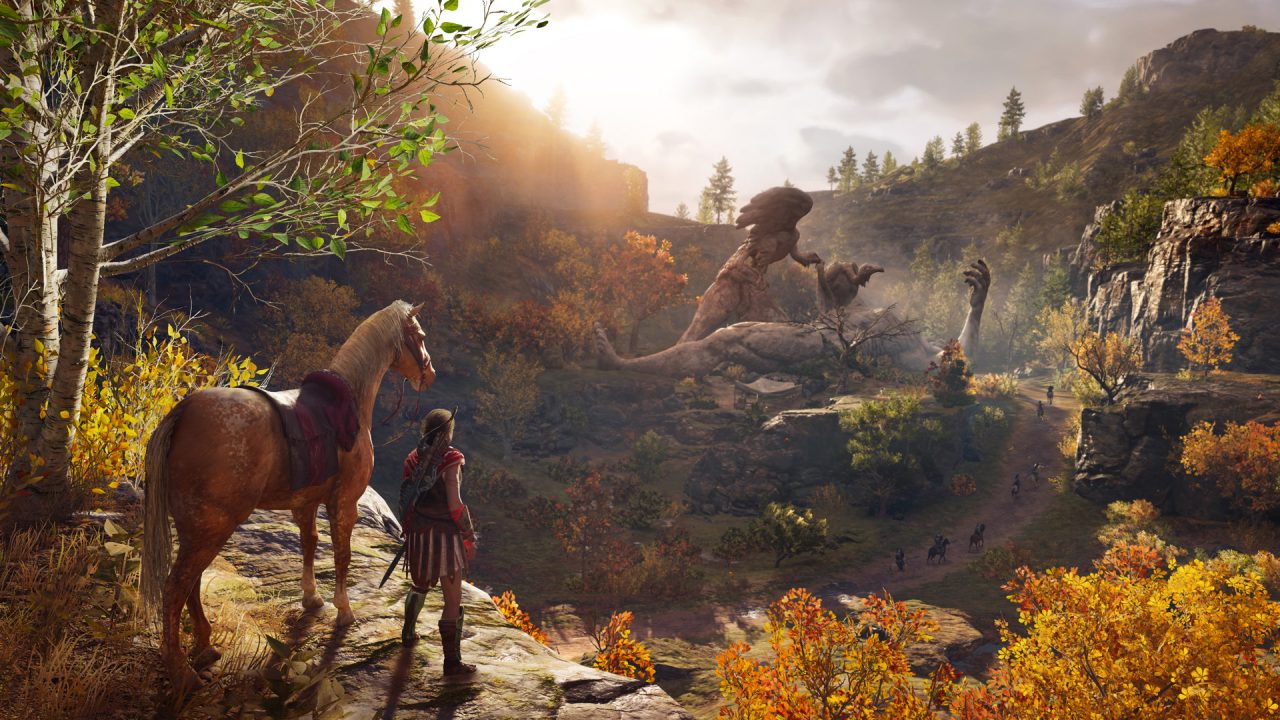 Steropes The Lightning Bringer even has its own achievement, The Lightning Rod. However, as reported by a few people, some were receiving the trophy even before Steropes was live. Unfortunately, I was not one of those people so I have to actually defeat the blasted thing to get that achievement. Insert sad face here.

Regardless, Steropes is yet another mythical creature that you can fight and with him being available today, you’ll even get a nice, shiny Legendary bow out of the fight. Score.

In other news, with this new November update you’ll be able to finally reach a level beyond 50. That may not seem like a big deal, but for others who have been waiting for this very day? It’s a glorious time to be alive and kick Cyclops ass, knowing that you’ll get a decent amount of EXP.