Weapon Specialisations are one of several new features coming to Battlefield 5. The new system allows players to improve their primary weapons by applying a variety of different perks. However, DICE is clear that these Specialisations shouldn’t put new players at a disadvantage. In fact, one weapon for each class will have some of its Specialisations unlocked by default. As DICE prepares for the game’s November launch, the studio has released details of how the Battlefield 5 Weapon Specialisation system will work in practice.

“If you haven’t heard of these,” says DICE; “they’re a way to improve your primary weapons with various perks. By using your weapons in battle, and spending the in-game currency Company Coin you earn from doing so, you’ll unlock Specialisations. From the very first unlock, you get to choose the flavour. Every choice has its pros and cons, so choose wisely as you climb the Specialisation trees”. Each of the four starter weapons, one for each of the four classes, will have some Specialisations available from the start of the game. To begin with, these weapons will be on Rank 0. When players reach Rank 4 with them, they can re-spec the Specialisations as much as they want. 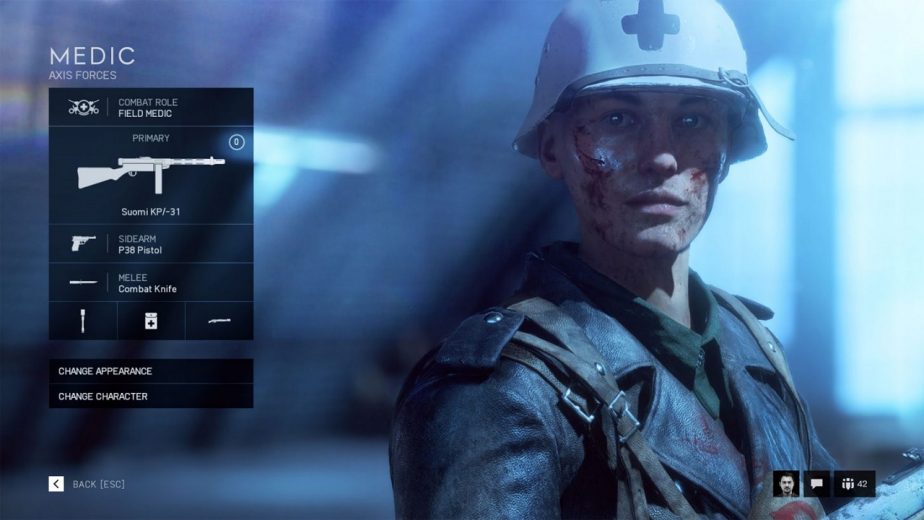 To some extent, Weapon Specialisations replace the weapon attachments system which was in previous Battlefield games. Although there are fewer Specialisations, they are apparently both better on average, and more intuitive; “It’s our goal to give each weapon as much character and depth as we can,” says DICE. Note that Specialisations are completely separate from the visuals of the guns, due to player feedback. After Battlefield 4, DICE says that the Battlefield community didn’t like the fact that everybody inevitably ended up using the same two or three different weapon attachments and everyone’s guns looked the same.

To illustrate the Battlefield 5 Weapon Specialisation Tree, DICE takes a look at the EMP submachine gun. The weapon has eight different Weapon Specialisations, arranged into two trees; one on the left, and one on the right. There are also eight different paths which players can progress through the tree with. This layout will be the same for all the other primary weapons in Battlefield 5. Players will be able to re-spec their weapons too, and even take on Special Assignments specific to a given weapon. These Assignments will unlock unique cosmetic items, and DICE hints that completing all of these challenges will lead to golden weapon skins. 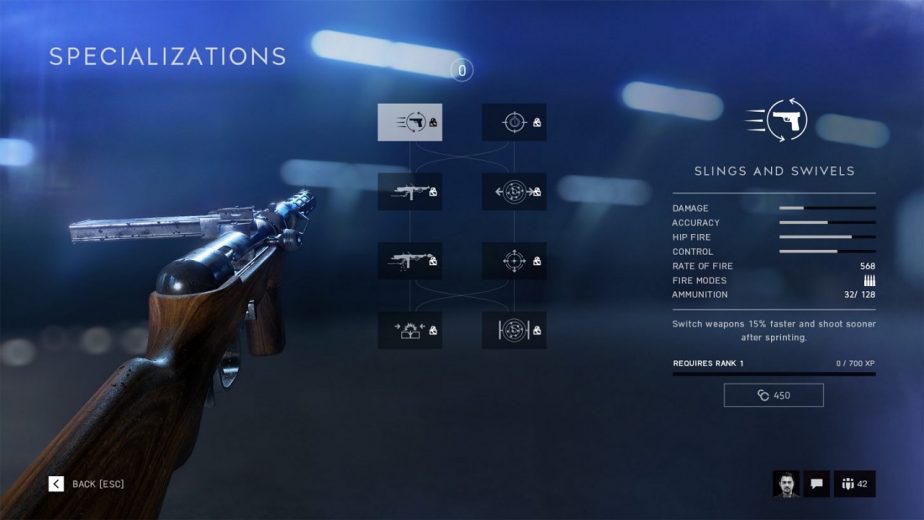