Overall, there are fourteen different kinds of grenade in Fallout 76. These range from Dross, which appears solely as part of the Mistaken Identity side quest, to enormously destructive explosives like Plasma Grenades and Orbital Strike Beacons. When it comes to considering which are the “best,” there’s a few different factors to consider. Most obvious is damage, but there is also crafting to take into account. Some grenades are powerful, but require lots of hard-to-find ingredients. The following list attempts to find a balance between the different factors, and offer an assessment of which five Fallout 76 grenades you’ll want to keep in your arsenal. 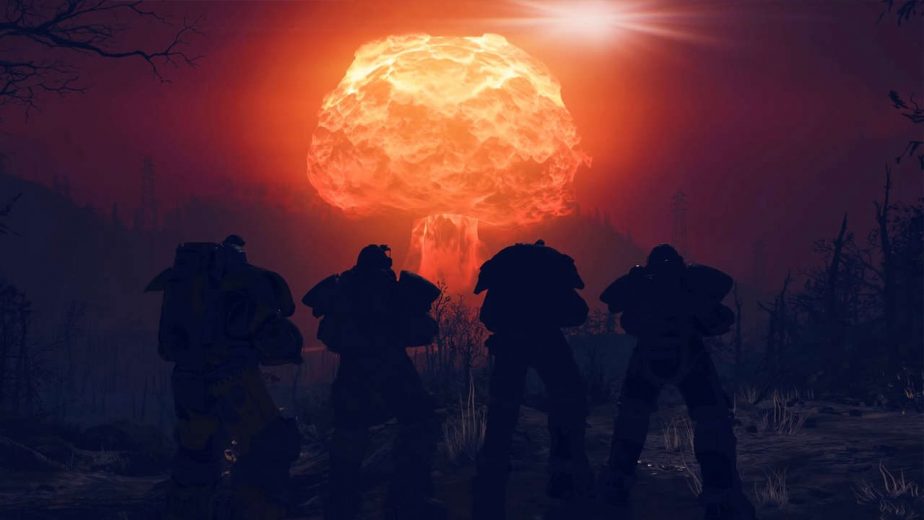 The Baseball Grenade is hardly the most powerful grenade. In fact, it’s one of the weaker explosives. While it is superior to Molotov Cocktails, it’s slightly worse than most other grenades. Where it excels, however, and the reason for its placement on this listing, is in how easy it is to craft. So long as you have the Demolition Expert 1 Perk Card active, you can craft a baseball grenade at any Tinker’s Workbench with just 1 Adhesive, 1 Baseball, 2 Fertilizer, 1 Oil, and 3 Steel. Comparatively, fragmentation grenades require both Aluminium and a Spring; both components which are in much higher demand. If you need to arm yourself with lots of cheap explosives quickly, the baseball grenade is an excellent option.

The Pumpkin Grenade is neither the most destructive grenade nor the easiest to find. However, it occupies a unique niche as one of the best radiation-damage grenades in Fallout 76. Not only that, but if you know where to get them, you can amass a sizeable stockpile without much difficulty. The only way to acquire pumpkin grenades is to complete the “Trick or Treat?” daily quest. This quest can be picked up from Jack at Pumpkin House. If you complete it, you’ll get plans for the grenade, as well as 5 Pumpkin Grenades and 10 Radioactive Pumpkin Seeds; an item required to craft more of these grenades. Complete Trick of Treat? a few times, and you’ll quickly build up a large haul of these grenades. 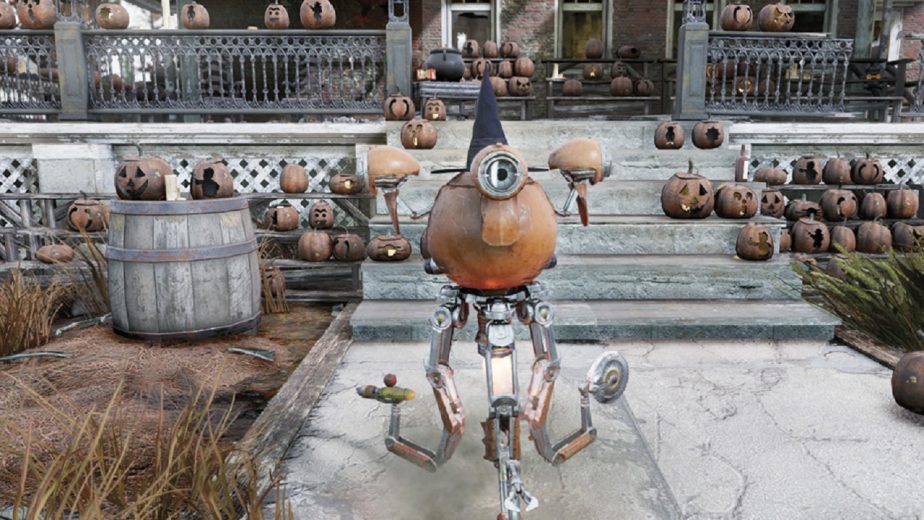 Damage-wise, pumpkin grenades only deal 40 base ballistic damage; less even than a molotov cocktail. However, the grenades also deal a base 80 radiation damage. Moreover, anyone caught in their cloud will actually continue taking radiation damage for five seconds! This makes them ideal for radiation-centric builds.

When it comes to most destructive grenades, the HalluciGen Gas Grenade is at the very bottom of the list. The grenade deals just a single point of damage. However, damage is not this grenade’s forte; instead, these grenades excel as distractions and tools for turning the tide of battle. When the grenade lands, it releases a cloud of hallucinogenic gas. Any enemies affected by this grenade will enter a frenzy and turn on one another for a short time. This gives you the perfect opportunity to relocate from a poor position, launch a counterattack against overwhelming numbers, or flee. These aren’t the easiest grenades to craft, however; you’ll need 3 Adhesive, 3 Aluminium, 1 Spring, and most tricky to acquire, 1 HalluciGen Gas Canister.

Quite possibly the single most powerful grenade in Fallout 76, the Orbital Strike Beacon nonetheless doesn’t take the top spot on this list. The reason for this is that this uniquely destructive grenade is also uniquely difficult to craft. When you throw an orbital strike beacon, the grenade emits a telltale red light, giving other players a clear indication of what’s coming. A few moments later, an orbital strike will slam into the area, annihilating anybody unfortunate enough to still be standing in the blast radius. Crafting one of these grenades isn’t easy, however. You’ll need 10 Steel, 5 Gears, 5 Fiber Optics, and 2 Raw Yellowcake Flux to craft a single beacon.

First introduced in the Fallout 4 Nuka-World DLC, the Nuka Quantum Grenade is quite possibly the most powerful grenade in Fallout 76 besides the Orbital Strike Beacon and perhaps the Plasma Grenade. The reason why it takes the top spot is that not only is it extremely dangerous, but it is relatively easy to craft, providing you have the required perks. A Nuka Quantum Grenade deals 300 base ballistic damage and 125 base radiation damage; in fact, this is the most ballistic damage of any grenade. The Plasma Grenade does slightly less overall, but split between 200 Ballistic and 200 Energy. 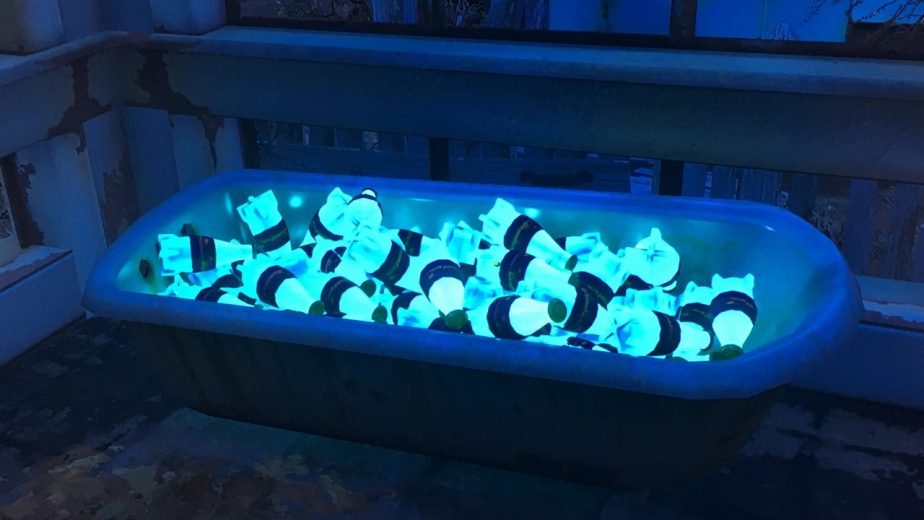 The ingredients required to make one of these devastatingly powerful grenades are surprisingly simple. All you need is a Fragmentation Grenade, 1 Aluminium, and a single bottle of Nuka-Cola Quantum. However, the one complicating factor is that you need a level 4 Demolitions Expert perk card; the same level of the perk card required to craft Plasma Grenades. Unlike Plasma Grenades, however, you don’t also need the Science perk card.