After posting a cryptic Fallout teaser on Twitter yesterday, Bethesda live-streamed the same “Please Stand By” image for 24 hours. At the end of that live-stream, the studio released a teaser trailer for what appears to be a new Fallout game. Entitled “Fallout 76”, the trailer reveals little concrete information about the game. Many fans will no doubt feel vindicated after months of rumors that a new Fallout was soon to be released. However, is Fallout 76 actually what fans are hoping for?

The teaser trailer pans through several establishing shots of what is, presumably, the inside of Vault 76 before ending on the back of a character wearing a Vault 76 jumpsuit as they don their Pip-Boy. While it did establish the vault setting as familiar, showing numerous recognizable in-game brands, nothing was shown outside of the vault. The trailer concluded without any additional information, including dates. In all likelihood, Bethesda has released this teaser trailer now in order to build hype for their E3 presentation in just under two weeks time. It seems very likely indeed that Fallout 76 will be featuring at the heart of it. 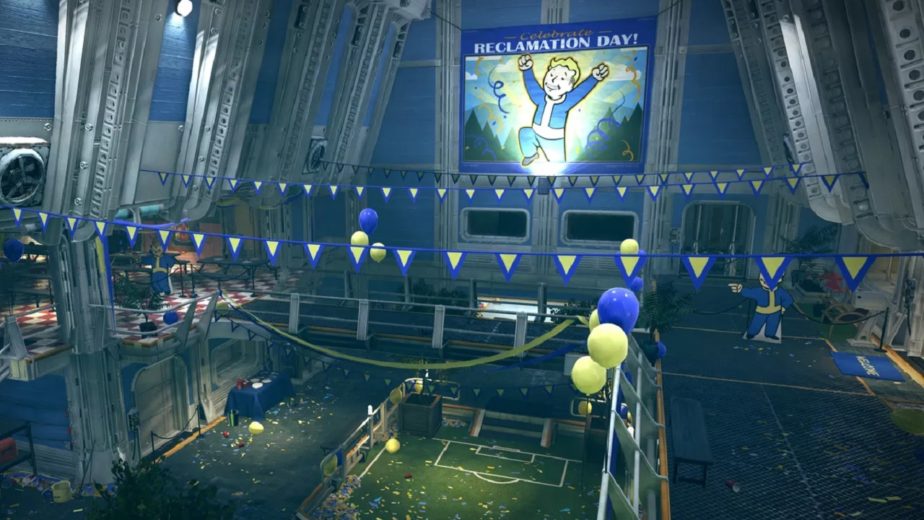 What Vault 76 Could Mean for the Game

The choice to set the game in Vault 76 is very interesting indeed. Vault 76 is a vault that was mentioned in Fallout 3 & 4, one of the 17 “control vaults”. Debuted by Vault-Tec to honor America’s tercentenary, the vault was supposed to house 500 people and open just 20 years after the end of the war. The date on the Pip-Boy in the trailer reads October 27th, 2102.

If that date is when the game is set, Fallout 76 will be taking place before every other Fallout game to-date. The player would be emerging into a wasteland one year before the first Super Mutants were created, and long before most of the game’s familiar factions came into existence. It would be a bold move for Bethesda, but probably a positive one, allowing them to go back to the drawing board with much of their setting; after all, Fallout has long contained elements originally designed before Bethesda acquired the franchise. 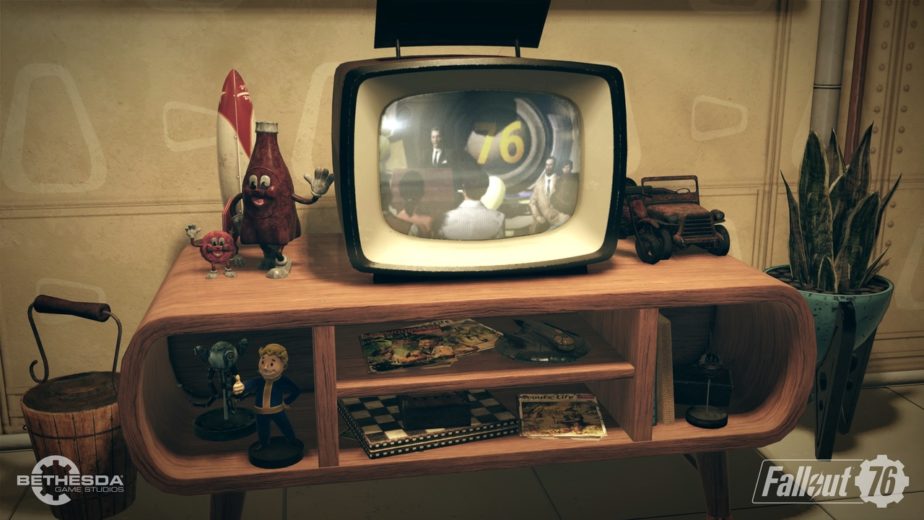 The song that played throughout the trailer was “Take Me Home, Country Roads”. A 1971 hit by John Denver, the song clearly references West Virginia, perhaps indicating the location of Vault 76. If so, the Appalachian Mountains could prove to be an excellent change of pace for Fallout’s setting; the last three Fallout games have largely been set in desolate hills and deserts.

One very important question remains, however. Is this game the fifth installment of the Fallout series, or is it something else? Kotaku is reporting that the game will be an “online survival RPG”, which is very different to the series’ norm; Bethesda has eschewed the more sequential title “Fallout 5”. Given that fact, it could indicate that this game is to be more of a new project.

The visuals in the trailer certainly suggest that it will be a lot more advanced than Fallout Shelter. However, it could be that Bethesda is planning to take the series in a very different direction. Given the success of Elder Scrolls Online, it’s possible that this is a project designed to bring Fallout into a similar online space. If that proves to be the case, fan reactions could be mixed. For now, we will have to wait for Bethesda’s E3 presentation to learn more.