In anticipation of Call of Duty Black Ops 4’s launch, Activision has kicked off a truly bizarre marketing campaign. It’s hard to adequately describe the campaign with words other than to say you’ll likely appreciate it a lot more if you’re of the younger generation. 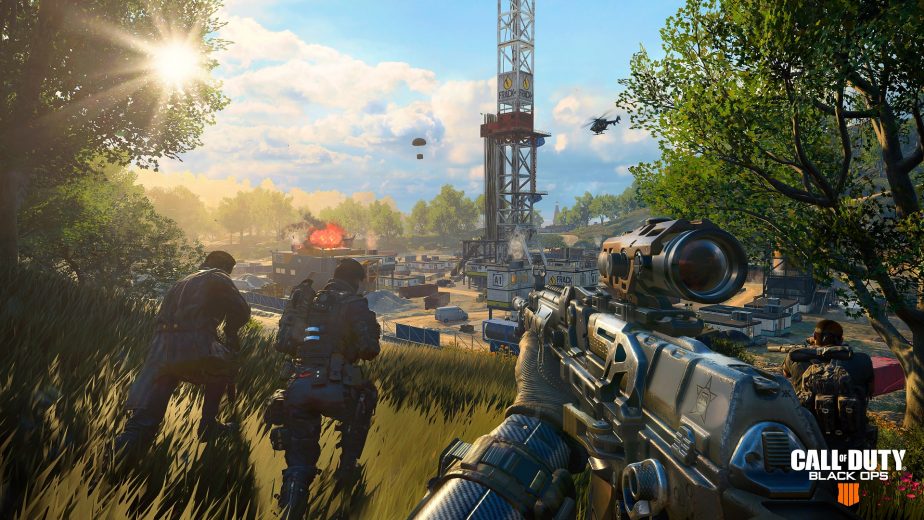 Activision is tying the campaign to a new social media hashtag, #CODNation. As for actual content, there’s little more than a series of video clips from popular streamers and YouTube celebrities. All of the clips also appear to focus on Black Ops 4’s Blackout mode, the game’s big new addition.

If you’re of a particular age, the below clips might seem bizarre and random, which is certainly the point. The clips are clearly meant to appeal to younger viewers who may not have a long attention span, but who *can* appreciate bite-sized bits of humor in video form. What’s also clear is that Activision is trying to capitalize on the meme status of similar games such as Fortnite. If you don’t get the appeal, that’s ok because the videos obviously weren’t meant for you.

Granted, some of the clips like “Shortest Blackout Match Ever” and “Hat Attack” are admittedly kind of funny. “Always Shut the Door” even conveys some useful battle royale advice. Clips like “Feeling like a Rockstar” and “Ahhhhh!” though are just so bizarre that only a very specific audience will appreciate them.

You can peruse the full lineup of currently viewable #CODNation clips below, and even more will likely be added throughout the week. Call of Duty Black Ops 4 will launch on Oct. 12 for Xbox One, PlayStation 4, and PC. For more on the game, be sure to read about how the Blackout mode won’t have a hardcore variant at launch, or how post-launch DLC will be coming to PlayStation 4 first.