We’ve written before about Datehacks’ ambitious Age of Fire mod for the original Dark Souls, a mod that allows players to control the game’s various boss enemies. More recently, we also wrote about the mod’s newest playable addition, the massive executioner Smough. Well, it seems only logical (or at least as logical as the chaotic world of Dark Souls can get) that the  mod’s next step would be to pit the game’s final boss, Gwyn, Lord of Cinder, against Smough in an epic fight to the death. 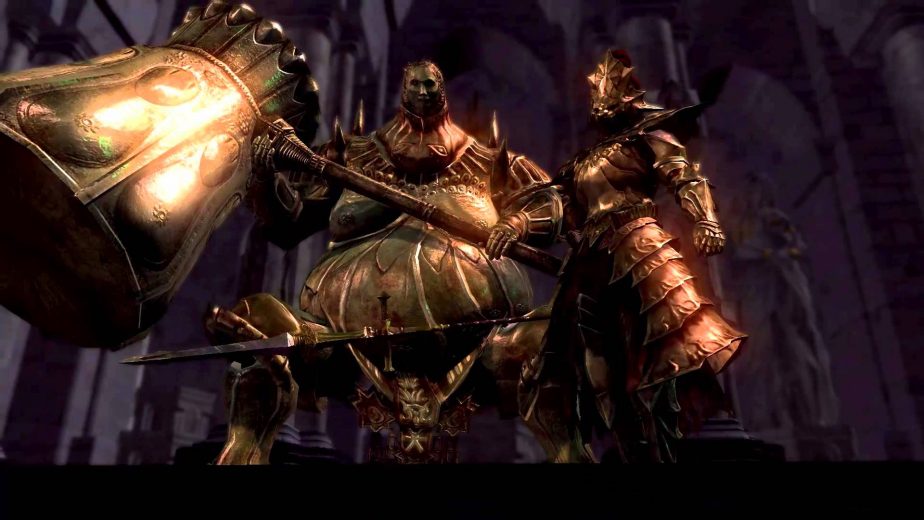 Of course, as any dedicated Dark Souls fan knows, you can’t exactly face Smough in his home region of Anor Londo without also taking on his compatriot, the smaller and more agile combatant Ornstein. Together, Ornstein and Smough make up one of the toughest boss fights in the entire game, mainly because the player is forced to face them both at the same time. However, if the player were to take on another form, perhaps that of Gwyn, the fallen god who’s responsible for the dark state the game’s world is in, that might even the odds a bit.

Along with releasing the new video, the Datehacks team also reminded viewers that a playable version of the Age of Fire mod should be available “soon,” and it also reiterated how the mod will function once it’s available:

Of course, the final goal of the Age of Fire mod is to make any NPC (non-playable character) into a playable avatar, not just boss characters. To that end, here’s a little bonus video showing a playable Andre the Blacksmith going to town on the denizens of the Undead Burg with nothing but his surprisingly effective unarmed combat skills.