After an extended closed beta period, the early access version of Dying Light: Bad Blood finally launched via Steam a few weeks ago. However, player stats show that the launch wasn’t quite as successful as developer Techland likely hoped. Despite the high caliber and name recognition of the IP, the game hasn’t grabbed the attention of many players. What’s worse,those who did take a chance with Bad Blood came away unimpressed, leading to a slew of negative reviews. 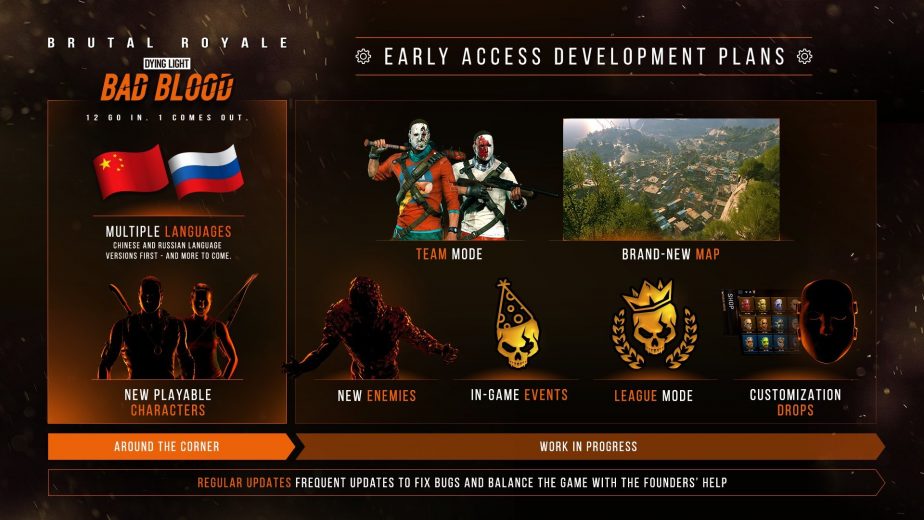 Despite all this, however, Techland has outlined both its short-term and long-term plans for Bad Blood. In the coming weeks, fans can expect both gameplay tweaks and new content.

According to this report from GitHyp, Bad Blood’s September 13 launch week saw a peak concurrent player count of only 455 players total (an especially painful figure since the original Dying Light still draws in thousands of weekly players on average despite being over three years old now). Since then, the game’s player count has only continued to wane. In fact, the most recent figures showing it dipping to below 100 concurrent players.

Going by the reviews left on Bad Blood’s Steam page, most players seem unhappy with Techland’s decision to charge $20 for the founder’s pack which is required to play the early access version, especially given how unbalanced and unsatisfying the game’s combat and PvP elements currently feel. Despite this negative reception, Techland still took the time to post this Twitter update and the below community update video, both of which cover how Bad Blood will be updated and expanded in the future.

Fortunately for Techland, Bad Blood isn’t the only iron the company has in the proverbial fire. A fully-fledged sequel, Dying Light 2, is also in development, though it doesn’t yet have a clear release date.