While plenty of gamers are unhappy with the current state of Fallout 76, there are also players who have had very positive experiences with the game thus far, regardless of its problems. One such pair of fans apparently liked the game so much that they decided to hold their own wedding in it! The Fallout 76 wedding took place in the Mothman Museum and was complete with proper wedding rings and a power-armour-wearing officiant.

So we got married in #Fallout76 . Our in-game friend married us in the Holy Mothman temple, after I received a proposal. The whole event and weding rings was sponsored by Nuca Cola. We also had a fun underwater afterparty 😁 pic.twitter.com/oTSYxR60rc

The Fallout 76 Wedding Ceremony at the Mothman Museum

Screenshots taken at the wedding were posted on Twitter and Reddit by those involved following the Fallout 76 wedding. In response to a question about whether it was a legitimate wedding, Twitter user @Rickforb said that the couple are actually already married. However, they had never held a wedding ceremony; “We were already married,” they explain; “but just signed papers with no ceremony or celebration. And that nice guy we met found wedding rings somewhere in game and organised the whole thing for us.”

Both) We were already married, but just signed papers with no ceremony or celebration. And that nice guy we met found wedding rings somewhere in game and organized the whole thing for us)

The wedding was officiated by Redditor “ergungurer,” who wrote about the event on Reddit afterwards; “They chose the Mothman museum to be wed in,” they explain; “I opened with the wrong sermon and started calling mothman forward. Praise the Lord we quickly averted that outcome, and continued correctly on the wedding ceremony. The event was sponsored by Nuka-Cola. Weddings are expensive, FYI.” 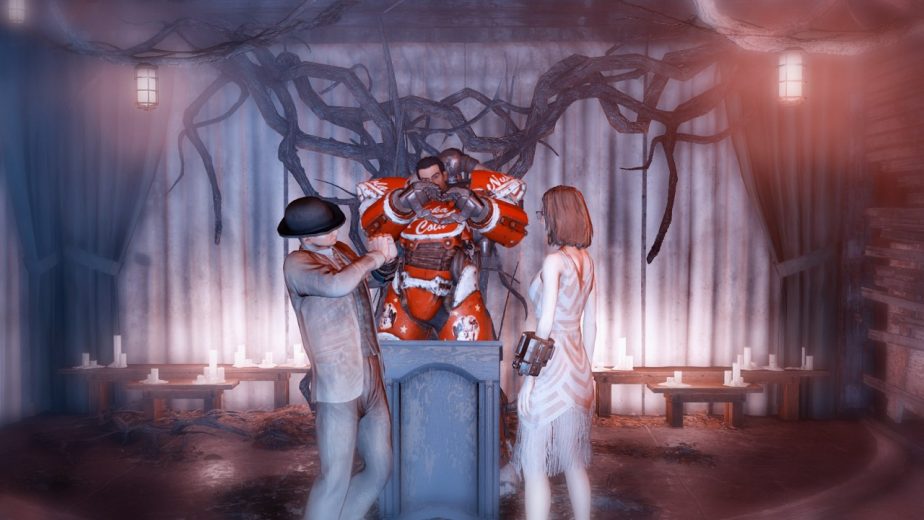 According to ergungurer, the ceremony featured actual wedding rings, which can be found in the inventory of a particular radroach in-game. The ceremony was also sponsored by Nuka-Cola, as evidenced by ergungurer’s towering suit of Nuka-Cola-emblazoned power armour; unusual attire for an officiant in most denominations, but perhaps prudent attire for protection from the mothman. Given that particular cryptid’s propensity for watching players from a distance, one has to wonder whether it observed the ceremony. Indeed, one of the screenshots taken of the ceremony does show a fourth attendee clad in Ritual Bindings and Ritual Mask; the trappings of a cultist of the mothman… 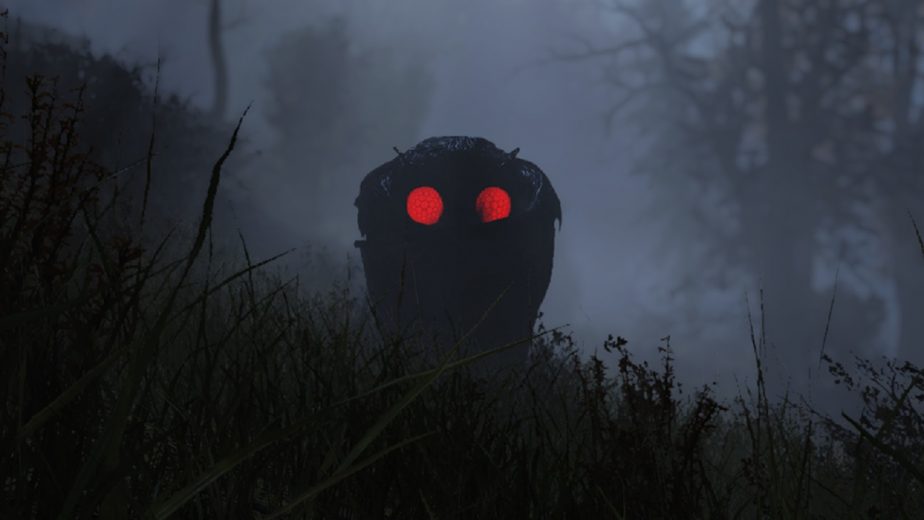