Far Cry New Dawn, like other Far Cry games in the past, has its fair share of Easter eggs. One in particular, however, not only gives players a special outfit, but also could be teasing at a future game. Specifically, this is the Far Cry New Dawn Splinter Cell Easter egg. This secret can be found on a particular Expedition, and hints at a bold and interconnected story spanning several Ubisoft franchises.

The Far Cry New Dawn Splinter Cell Easter egg can be found on one of the game’s Expeditions; standalone missions which take place outside of Hope County. The first step to getting the Easter egg is simply to progress through the expeditions until you gain access to the Government Plane Wreck expedition. With each expedition you complete, you’ll unlock the next one when you next speak to Roger Cadoret. 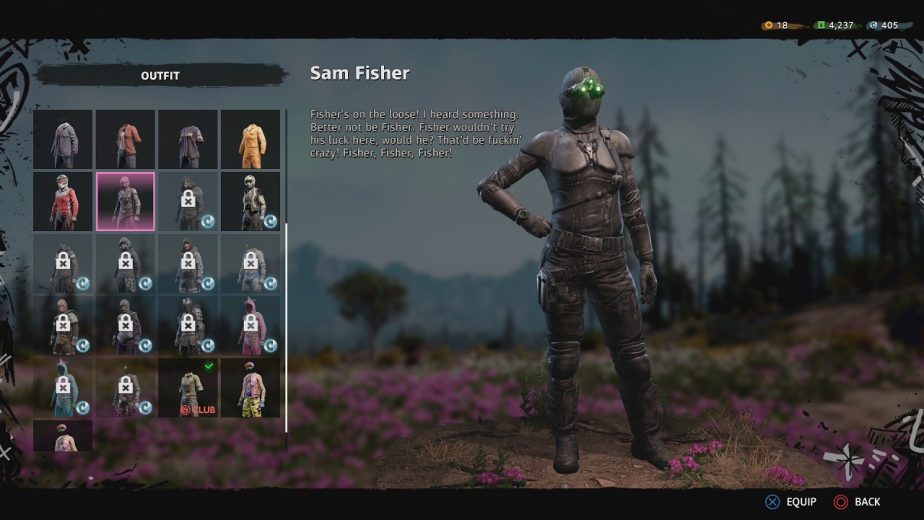 When you arrive at the Government Plane Wreck, look for the crashed plane and make your way inside. Gamers who played Spinter Cell: Blacklist may recognise the plane before you enter, but they certainly should inside. This plane is in fact the Paladin; Fourth Echelon’s plane in Blacklist which served as Sam Fisher’s base of operations. In the central command deck, interact with a laptop on the central table. This will activate the screens on the wall, showing you the Paladin’s global display and interestingly, pinpointing the locations of all of the nuclear missile strikes from the ending of Far Cry 5.

From there, head deeper into the plane and go through the doorway on the left, up the stairs. At the far end of the next room you’ll find an open rack where you can recover Sam Fisher’s suit which can be worn as a special outfit. While this is certainly an interesting Easter egg, there is more to it. It may be, in fact, that Ubisoft is teasing a potential new Splinter Cell game.

Notes which you can find scattered around the wreckage of the Paladin indicate that Sam Fisher is alive, and that the plane was brought down by a nuke. “The Paladin was brought down by a nuclear detonation in southern Michigan,” one note reads; “Heavy casualties. 4 dead. 3 injured. Not sure if this was the nuke we were chasing or something else. All communications are down. Going to look for shelter and wait for the fallout to pass. -SF” 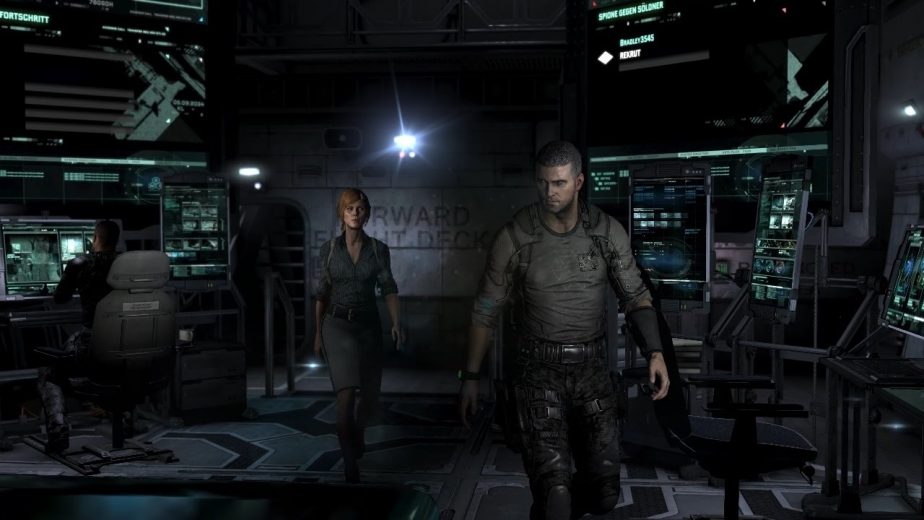 One particular note is of special interest, however. “Despite severe injury,” it reads; “our tech specialist Cole was able to patch us in with the Division team in Chicago. Michigan was not an isolated event. The first nuke hit Malmstrom AFB in Montana 3 days ago. For the next 24 hours every nuclear power in the world unleashed their arsenal. Korea, Israel and Pakistan have all been wiped off the map. Large chunks of China, Russia, the Middle East, Central Europe and the US are gone.”

So, Sam Fisher is alive in post-nuclear America following the events of Far Cry 5, and in contact with the Division. While this could just be an interconnecting Easter egg, Ubisoft could be hinting at a bold upcoming Splinter Cell game; one taking place somewhere else in post-apocalyptic America, perhaps connecting the various Ubisoft franchises in a way that has only ever been teased before…