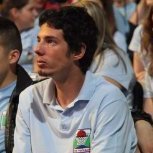 What's your go to cheap store for games?