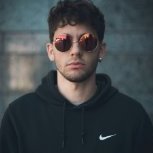 fallout76 Fallout 76 Will Live Stream For Their Fans This Week