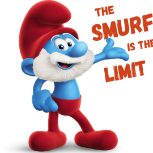 TV Shows you watched when you were younger