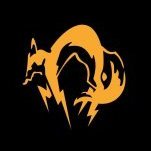 Anyone else feel like they are living in cuckoo land?