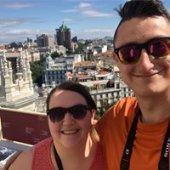 What's the one game you always return to?