It’s safe to say that this year’s Game Awards was a resounding success. The award show’s audience was more than twice the size of last year’s; an increase of around 128%. With the award presentation interspersed with trailer reveals and new announcements, the whole show was slick and impressive, not least thanks to the Game Awards’ orchestra. The live orchestra played a variety of medleys and pieces throughout the show, showcasing the incredible music which features in this year’s nominated titles.

We recently had the chance to interview composer Lorne Balfe, the Game Awards’ Musical Director, about his role in the awards show and about the current perception of gaming in the music industry. Balfe led the Game Awards orchestra throughout the show, taking to the stage to conduct alongside performances from Hans Zimmer, Harry Gregson-Williams, Lena Raine, and Sarah Shachner.

During his career, Balfe has written music for both films and games. Within the last two years alone he wrote the soundtracks for Mission: Impossible – Fallout, Pacific Rim Uprising, Ghost in the Shell, and The Lego Batman Movie, among others. In gaming, he is perhaps best known for Assassin’s Creed: Revelations and Assassin’s Creed III, which was nominated for a BAFTA for Best Original Music. He has also written for much of the Skylanders series, Crysis 2, and FIFA 19, which he composed alongside Hans Zimmer. In 2013, he stepped in to finish the soundtrack of Beyond: Two Souls following the death of composer Normand Corbeil; a soundtrack which was nominated for both a BAFTA and IMFCA award. 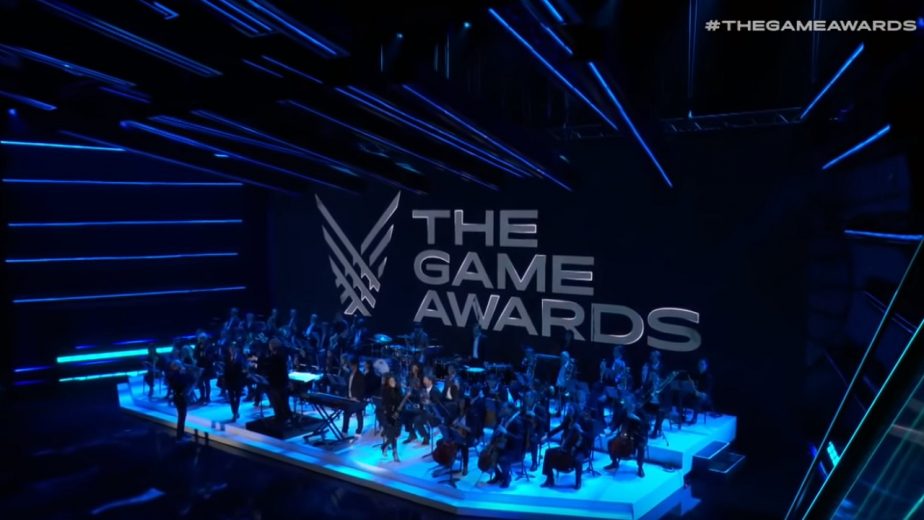 To get started with, and for the benefit of any of our readers who don’t already know of you and your work, can you start by telling us a bit about your career as a composer?

That’s excellent! So to go from there, you’ve obviously written music for both games and some very high-profile films; is it a very different experience composing for games as opposed to composing for films?

“Nothing at all! There’s no difference. I think that the only difference, but it doesn’t necessarily have to be that, is the amount of music that you write. But it doesn’t always work out that way, because sometimes even though the game plan is twenty hours long, they only want a few hours of music which they then put throughout the game. I often think that you can’t have a timeline, I think you’ve got to write music that works for what story you’re telling, and I think that’s one of the reasons why I find games and films have the same path; there’s one objective and it’s to help tell a story.

“It’s where the term ‘underscore’ comes from, you’re underscoring the actual action and the story and the journey that these characters are on, which happens the same in games. Now, of course, if we went back to games forty years ago, there was probably less storyline than there is now and it was far more simplistic. But, the objectives are the same now and I don’t treat it any different. I think if you do treat it differently then you end up possibly devaluing it or confusing the matter. To me they come hand in hand, it’s like television; it’s the same thing.”

In general, where do you tend to look for the inspiration for your music?

“Inspiration comes from… well, there’s only one inspiration, and it comes from one place. You can’t get inspiration really from anywhere else apart from the subject at hand, really. I think that you can have references, you can have musical references and from different genres or mediums, but really the inspiration has to come from what you’re looking at and what you’re listening to. If that doesn’t exist then I don’t think you can truly write a piece of music that accompanies that.” 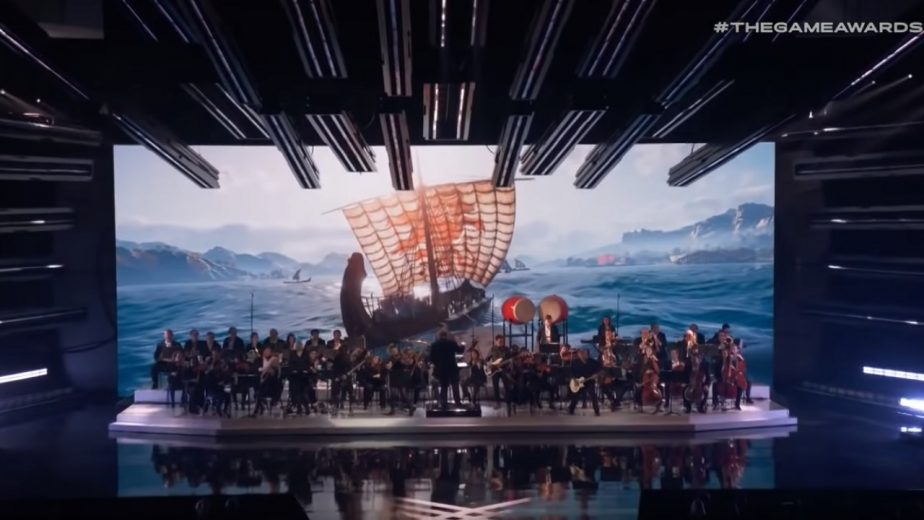 To go back to a point which you briefly mentioned; in recent years, in the field of acting, some actors and voice actors have said that the perception of video games is rapidly changing for the better in their field compared to the perception of TV and film. From your perspective in the music business, would you say that there’s been a similar change in perception?

“Definitely. I think that there was a snobbiness to the whole industry. I think when I first that there was a kind of a hierarchy; from the top, movies were number one and then working downwards you’d go television, and number three was games, and I think that no longer exists. If you look at top A-list composers; their music is now… the majority of them, 99%, are in games now. I think that to restrict yourself because of how one looks at it in regards to hierarchies is an odd medium. You know, you have to go back and look at the whole principle of what opera was, and then that led to musicals, and I think that’s the same as what we have to do now.

“As composers, you have to constantly look at what’s the new medium that you can work in and that you can compose for. So there has been a massive change and you see the difference in actors also; they’re wanting to be involved in games now because there is respect, and more people are gaming! You look at the revenue from a game like Red Dead Redemption, that makes seven hundred million in two days. Compared to a movie, that would take months! So it’s a whole different industry now, and I think it’s for the better also, because now you’re able to not be restricted. It’s the same with TV composers. There used to be a niche purely for that and now that’s no longer the case.”

To move onto more recent events, how did you become the Musical Director for the Game Awards?

“Well, I’d actually done it seven years before; so when it was called the Video Game Awards, I was involved with it then. And then Geoff and I had been talking for maybe about a year until recently, just about different ideas, and the opportunity – the timing was just right, so it made it totally possible – also, just to try to think about how can we present this music differently than what had been done in the show the year before; to really embrace the old establishment of composers like Harry and Hans, compared to the newer blood like Sarah and Lena that are now at the forefront of music for games.”

As a composer, is it a very different experience conducting on stage at a big awards show like this, or is that something which you’re used to?

“No, far from it! It’s totally alien, and I think that also what’s alien is being protective of other composers’ music. With working on something like the montage, you want to be loyal to those games but make it an actual unique musical moment and bring everybody to an equal standing, I think. So yes, it’s definitely different working with other peoples’ music and praying that you don’t ruin it for them.”

When it came to putting together those montages, obviously some of the games that were included were only released very recently. Did that mean that there was a lot of time pressure in putting those montages together?

“Well I think the main thing was that the announcement only happened three weeks before, so yeah; you can only research and predict what’s going to be mentioned. You never know what’s going to be actually nominated until the last minute, and then also it’s trying to think of a way to present it. I knew that I wanted to open the show off with a bang and we were just very fortunate to have Harry and Hans wanting to be part of it. So that was exciting to kick it off with, really.”

With that first opening with the new Game Awards theme, I take it that was an original composition of yours?

So what really inspired that particular piece?

“What inspired it really… to me is really Geoff. I know he’s not too keen on me always saying that I wrote it for him, but it really is Geoff and what he does for the show and what he represents for the gaming community. He really manages to put it on such a high pedestal where when people watch the show it’s the equivalent of watching the Oscars, and I think that I wanted to write a piece that basically represented everything that he does, and represented the gaming community. Because it’s such an amazing feat of what he manages to pull off every year.”

That first performance also obviously featured both Harry Gregson-Williams and Hans Zimmer performing on stage with you; given your long professional history with, certainly Hans Zimmer, did that appearance have a lot to do with your influence?

“Oh boy, I’d like to think… they’re both good friends, and I’d like to think that they didn’t just say yes because of friendship, but I think that they wanted to be part of the show. It’s not just about me, it’s about… well; Harry’s been involved with amazing games and so has Hans with Crysis and Call of Duty and so I think that it was just a great nod and thank you to those that have constantly supported, because the gaming community, especially with music, are very… you live and breathe that soundtrack far more than in a film, I think.

“With a film you have a two-and-a-half-hour or two-hour experience and then you walk away from it, but with gaming, people will sometimes not leave the house for days! So it’s a far more intimate experience. The main question is how do we beat this year when we start talking about next year’s.”

The role of Musical Director that you had this year; is that going to be continuing for the foreseeable future or was this year really a one-off because of timing?

“No, no, I think we’re definitely going to do next year, that’s for sure, which is very exciting. It’s also a different part of my brain working, which is always fun. And it’s great interacting with all the other composers; working with Lena and Sarah on this year, I worked on the arrangement for the Anthem trailer and the big reveal. So it was great working with her on that, because being a composer you’re normally in a kind of state of solitude quite a lot of the time, so it’s great being able to collaborate with people.”