One of the most striking changes to the God of War series in Santa Monica Studios latest game was the addition of a Norse-style beard to Kratos. The change is immediately apparent to anyone familiar with older titles, and served both to establish immediately that this is an older Kratos, and also to highlight the Scandinavian setting. Before the beard was added, however, the artists who worked on God of War would have had to model how the older Kratos’ face looks. Now, thanks to the game’s art director, fans can see what he looks like clean-shaven. 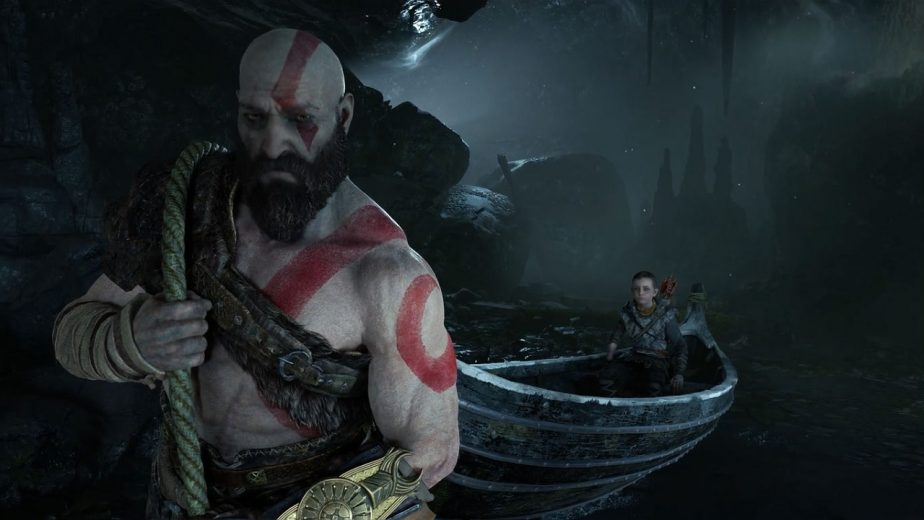 Raf Grassetti, art director for God of War, tweeted out the images yesterday. This is the first glimpse that fans have gotten at a beardless, older Kratos; looking much more as he did in his days killing Greek gods instead of Norse. The addition of a beard certainly gives his face more volume, supporting his weightier, powerful build in the latest title; the movements of which actually inspired the actor playing Predator in an upcoming film.

More shots from Kratos’ face. A lot of it was added on shaders and textures but this is the base I sculpted before that process. The high res beard was also used to bake the final hair cards later. #kratos #godofwar pic.twitter.com/UxyM49ykXS

Having seen Kratos develop as a far more emotional character in the latest God of War, it certainly seems strange to see him without a beard again; especially with his face being much older than it was in the previous Greek games. Fans may have their personal preferences for one over the other, but the beard actually serves several functional roles for story-telling.

The beard undeniably ties Kratos into the new Norse setting. The latest God of War featured a whole host of bearded characters, from Brok and Sindri to Mimir and Thor’s son Modi. Beardless characters are certainly in the minority. Nevertheless, Kratos’ beard certainly stands out as one of the fullest; accentuating his hulking frame and physique. Additionally, it helps to distinguish the current game from the previous entries in the series; it visually demarcates the fact that this is a new chapter in Kratos’ story.