Koei Tecmo announced today that Nelke & the Legendary Alchemists: Atelier of the New World is coming to the West on Nintendo Switch, PS4, and PC. Atelier of the New World is the latest in the long-running Atelier JRPG series from Japanese developer Gust and is releasing alongside the celebration of the 20th anniversary for the franchise. As such, the game is built as a sort of culmination of everything that has come before.

Nelke & the Legendary Alchemists: Atelier of the New World differs from previous games in that the titular character is not, in fact, an alchemist herself. This is contrary to all previous protagonists who have delved deep into alchemy. Instead, she is a noblewoman who has studied hard to become a government official in her country. 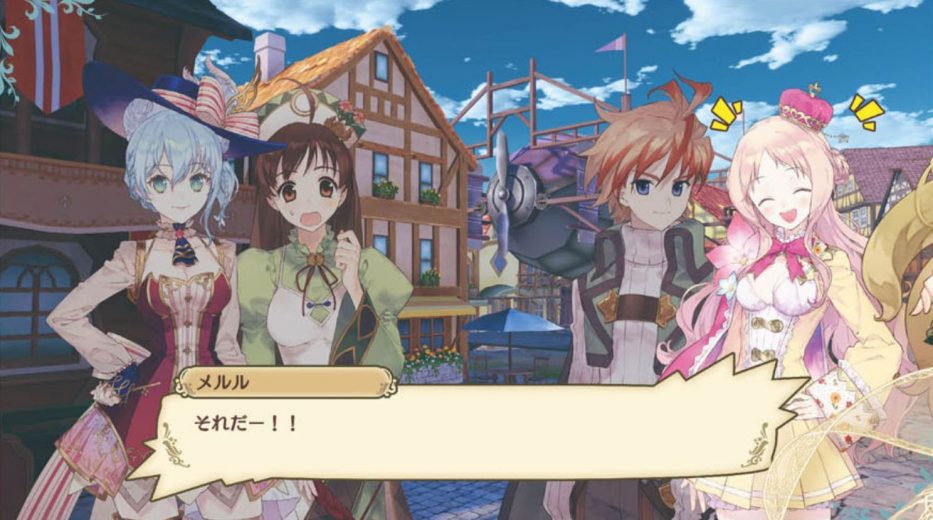 Her graduation from the academy leads her to embark on an investigation of the fabled Granzweit Tree in her father’s lands, said to grant great power to those who find it. In exchange for permission to search for the tree, her father makes her promise to turn the town of Westwald into a prosperous city as the new governor there.

Nelke & the Legendary Alchemists: Atelier of the New World will have players not only dive into alchemy, but manage the town Westwald as governor. To do this, players will recruit the talents of protagonists from across the Atelier franchise. Fans will see familiar faces from the Salburg, Arland, Dusk, and Mysterious trilogies all show up to help the town of Westwald grow into a flourishing city.

Players will be able to run their own city and explore alchemy in Nelke & the Legendary Alchemists: Atelier of the New World when it releases here in the West this Winter on PS4, PC, and Switch. While we wait for an official release date, check out the latest info on other JRPG’s like Octopath Traveler and Pokemon Let’s Go Pikachu & Eevee!