Patrick Mills, quest designer for Cyberpunk 2077, has offered further commentary in a recent interview with Gameranx on the game’s structure. Like others from CD Projekt Red, he offered reassurances that the shift to a first-person perspective did not represent a shift away from the studio’s RPG format. He explained the reasoning behind the shift, and other elements of Cyberpunk 2077 design.

Patrick Mills is one of several figures from CD Projekt Red who have been addressing fan concerns and questions since E3. In his latest interview, Mills was clear that a change in perspective didn’t mean a change in genre. “Well, it’s an RPG.” he stated; “It’s an RPG before it’s a shooter. And it’s really about making a character and inhabiting that character and living in this world and making choices from not just the point of view of that character but also of yourself. With The Witcher, you had Geralt, and Geralt had a history.” 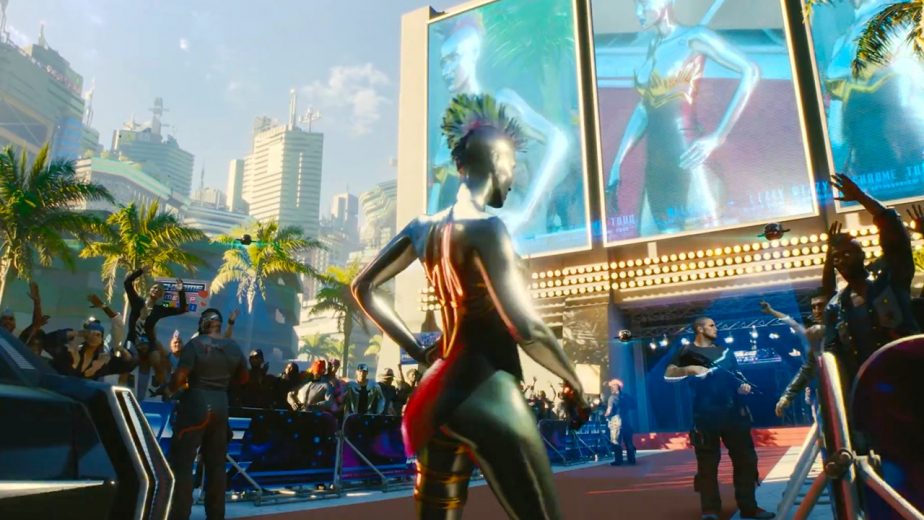 “He had decades of books, games, comics, and even television series, with a new one on the way,” continued Mills, referencing the upcoming Witcher Netflix series; “and it was about guiding him through his story. But with this, we want it to be your story. So really, putting you in first person is the only way to do that.”

Mills comments take a different direction, but certainly align with comments made by Mike Pondsmith on the same topic. Pondsmith, the creator of Cyberpunk 2020, suggested that first-person made sense for the verticality of the setting, and to help enemy NPCs catch the player off-guard. Both seem perfectly reasonable reasons to change the traditional camera angle. Indeed, third-person combat tends to work best in close quarters, but for ranged combat, first-person tends to be a better format. Of course, it remains to be seen how the game will actually look; CD Projekt Red has yet to reveal any gameplay to the public.