This is one topic that many will find uninteresting. For some others though, Pokemon Let’s GO Shiny species are a reason to continue playing. All pokemon games have a definite ending and with it goes the replayability of the title. The addition of shinies though, boosts your playtime, giving you a few more hours of hunting them. In this guide we’ll go over the ways you can get more Pokemon Let’s GO shiny pokemon with a few tricky ways.

For starters, you must know that there’s a Pokemon Let’s GO Shiny Charm that can boost your shiny chance in the wild. It looks and sounds promising but is not that easy to get. To get the charm you’ll have to complete your Pokedex and then head to the Game Director in Celadon City. Talk to the man with the Poliwrath outside the building after you catch all pokemon and he’ll give you a certificate and the Shiny charm. Easy but efficient. Noone can deny that it needs a lot of grinding though. 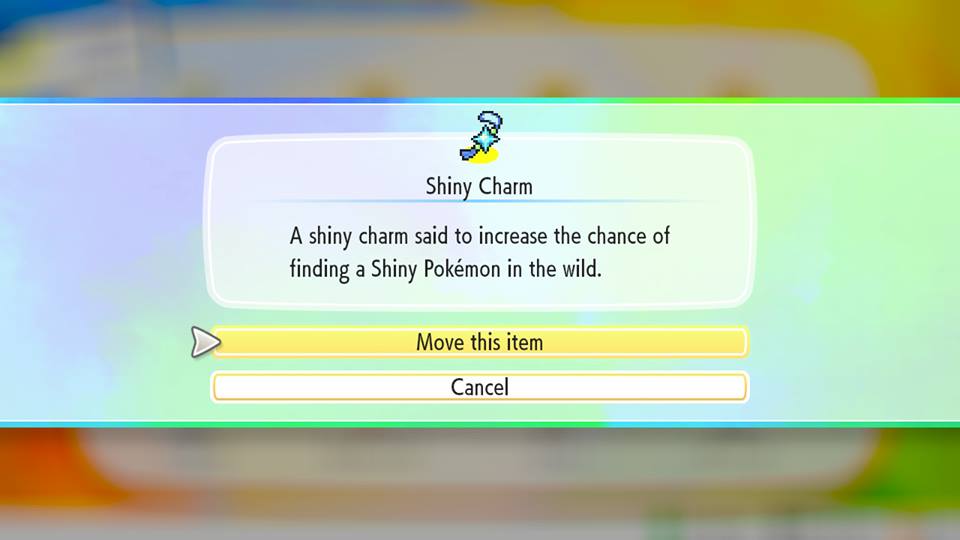 There’s another way to boost your Pokemon Let’s GO Shiny chances though and it can be used pretty early in the game too. Building catch combos. However, it is easier said than done. To do that, you’ll have to find your own little farming spots and farm pokemon to increase your catch combo. In addition, that farmable pokemon should be one that is fairly easy to catch, lets say Magikarp. Try catching as many as you can with only 1 pokeball to not risk resetting the combo meter. This increases your shiny chances as well and helps you figure out the catch system a little better.

What you should keep in mind is that Pokemon Let’s GO Shiny species are visible. This means that as you walk, seeing a blue maned Ponyta means it’s a shiny. We hope we helped you with our guide on your quest to getting all shiny pokemon. Go catch them all!