Like any good Wild West game, Red Dead Redemption 2 has a lot of horses. The game contains 19 different horse breeds in total, which makes picking the right horse an incredibly daunting task. There’s nothing wrong with sticking by the horse you’re given at the game’s beginning. In fact that can actually be a good thing given the game’s horse bonding mechanic. If, however, you want only the very best thoroughbreds, this guide can point you in the right direction on where to find the best horses in Red Dead Redemption 2.

Red Dead Redemption 2’s most prized steeds are found in the Elite Handling category. Unsurprisingly, these horses don’t come cheap, but they’re well worth the money you’ll pay for them. Not only do Elite Handling horses have hearty stamina pools, they’re also no slouches when it comes to speed.

Each of the game’s stables have a rotating stock of horses which refreshes every two in-game days or so. You can keep checking back until you find a steed with stats that suite you. For the absolute cream of the crop, though, you’ll want to head to either the Saint Denis or Blackwater stables. Given the intended progression of Red Dead Redemption 2’s story campaign, both Saint Denis and Blackwater are considered endgame locations. You won’t naturally come by Saint Denis until Chapter 4, but there’s nothing stopping you from heading there earlier. 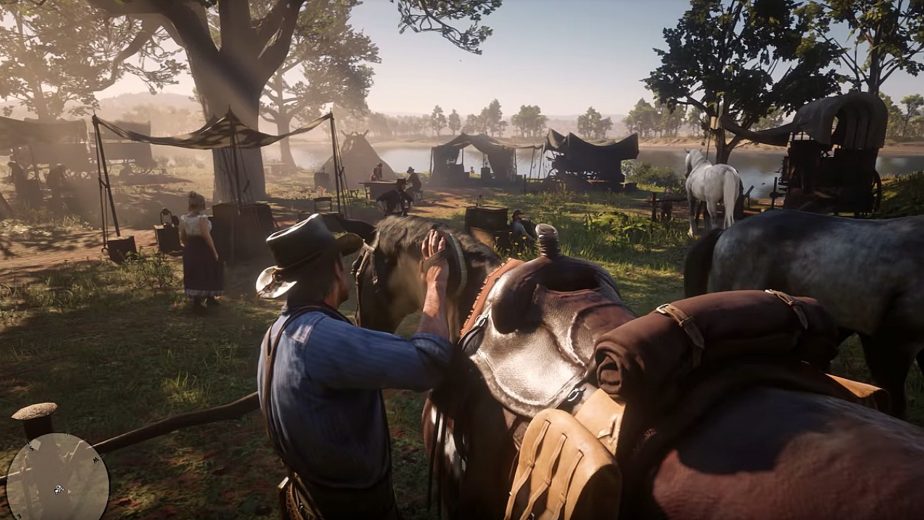 For a frame of reference, Elite Handling horses cost on average between $1,000 and $1,300. Of course, by the time you reach Red Dead Redemption 2’s endgame, coming by that much cash shouldn’t be hard. Also note that horses can be outfitted with stat-boosting saddles and trinkets. Such stat boosts can make up for any deficits in an otherwise ideal steed.

Buying a new horse, even an Elite Handling one, will require building up a new horse bond. Make sure to acquire a decent horse brush before delving too far into the horse-buying market.