Skyfront VR is an extremely fast-paced FPS that has you soaring through the air in Zero-G environments. I had the opportunity to sit down and speak with Sandra Müür, Skyfront’s Community Manager, at EGX 2018 about what the game was about, community and toxicity, as well as when we could expect to see the game released to the public on Steam.

Aimee Hart: Hello Sandra, it’s lovely to meet you. First thing’s first, what was the inspiration behind Skyfront?

Sandra Müür: Well, me personally, I joined the crew just about a year ago, so I wasn’t there when the inception of Skyfront took place. But basically our team lead, he has been a huge fan of shooters, he grew up on shooters.

One of his friends just got into VR and tried VR and he was absolutely enamored with it., and back then he’d been developing games for a while. That was mostly mobile games and Facebook games, but then he saw the potential of VR and combining it with a shooter game and a zero-gravity environment. Then the very early team of three or four people they got together, started brainstorming ideas and then Skyfront happened.

AH: Skyfront’s maps remind me a lot of how Overwatch maps pay a lot of detail to realism to their real-life counterparts.

SM: The little story that we have behind our game is that it is a post-apocalyptic world where peace has been restored, and the world is prospering again. I suppose you can say it’s like a Hunger Games setting, but instead of fighting real wars, there are these Skyfront challenges in different parts of the old world. So at the moment, we have a Greece-inspired map, an Egypt-inspired map and this new one which is German-inspired to a degree, what with the medieval architecture and old-time monuments. These have been raised in zero-gravity spheres where these Skyfront challenges are held so that people wouldn’t get the urge to, you know, start another war.

But we do try and keep it a very kind of lighthearted and optimistic and positive because we don’t want to limit our player base at the moment, as we only have an ESRB rating of 12. 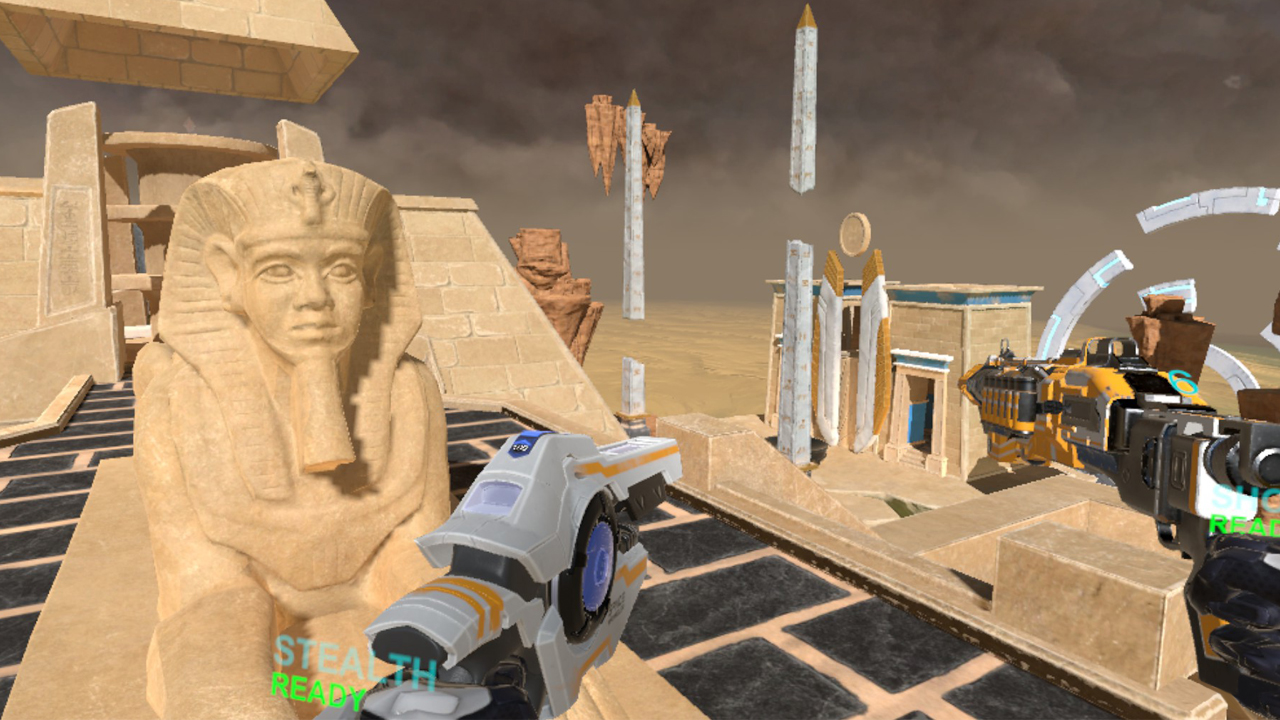 AH: So there are three maps at the moment. Will any more be added?

We’re also going to be adding the Steam workshop, so that enables players to create their own maps. That’s something we’re really, really looking forward to actually because, you know, zero-gravity environment leaves a lot to the imagination and we really want to see what people will create.

But when we launch we won’t just stop developing the game. We won’t say “this is 100% done, off you go.” So since we will add customization progression as well, we’re going to be including different customizable options. And to keep the game interesting we’re looking to include a new map every couple of months, so the game will be kept alive and it’ll keep developing even after final launch.

AH: Can you tell me more about the community for Skyfront?

SM: We’re pretty happy with the community that we have at the moment. The majority of our players are from the US and Canada. So what we’ve got in the UK and Europe, in general, is that there are still parts of the European game when there aren’t a lot of games up. It’s just because you know, most of our US players are sleeping. So we’re really working hard to get the European player base as active as possible as well. US/European/Canadian players can play against one another at the moment, but maybe when the player base gets larger then we’ll have to break the servers apart.

But what we’re really proud of at the moment is our success in Arcades. A lot of our players come from VR Arcade, and the fact that we’re getting into Arcades is very good for us, because players will have a chance to meet one another outside of the game. 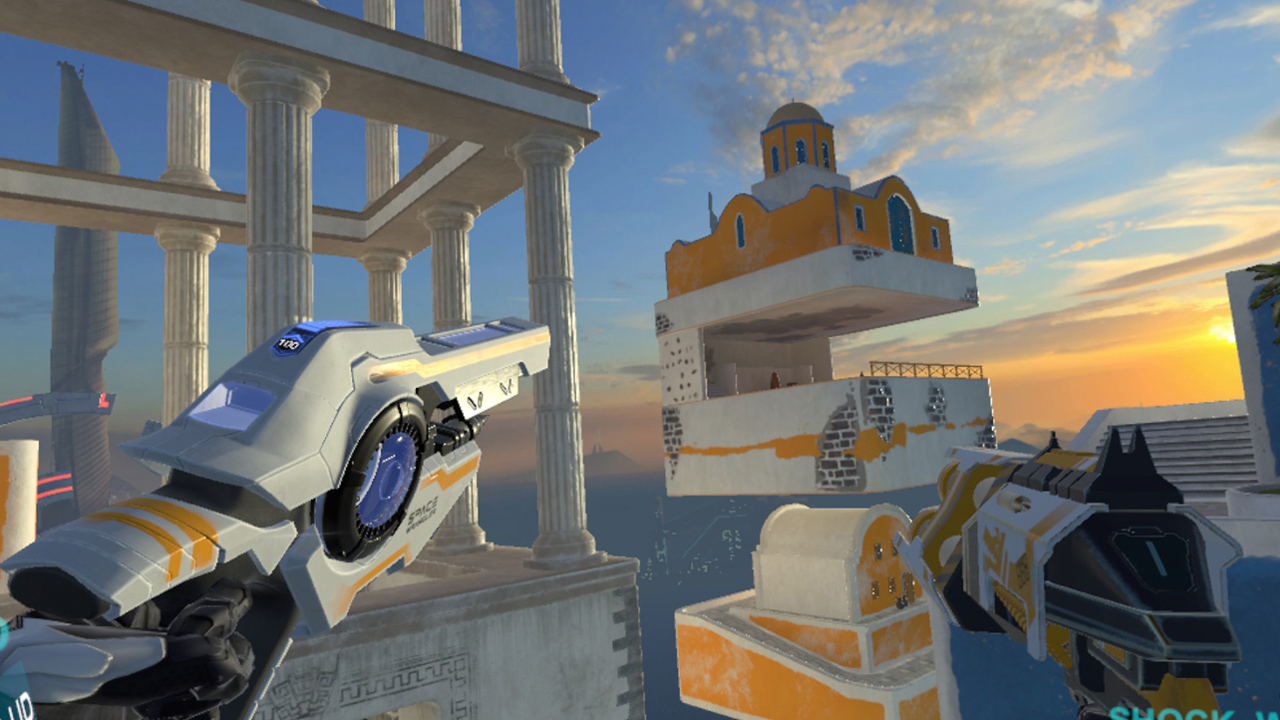 AH: Is there voice chat in Skyfront VR?

SM: Yes we do. You can switch it on and off because we know that toxicity in communities happens, but we haven’t really had any complaints so far. We have had a couple of players who had really rude names but well…

AH: That’s to be expected.

SM: Yeah exactly, that’s to be expected. But so far, everything has been alright. The opportunity to switch the chat off has made everybody happy so far. But of course, if problems should ever arise, we’ll deal with them.

AH: Were there any technical limitations? Say that you wanted to include something to the game but you realize later on you’re able to. Were there any instances like that?

SM: Not something that we can’t at all, but one of the reasons why so few people have VR at home is due to how expensive the headset can be and what it demands from a computer. So with the map that we’ve just launched, one of the problems was that it just demanded far too much and it would crash a lot. So, we were kinda screwed there.

That’s why we had to tone things down. Lower our poly counts, lower all our object counts to get the game to run on a broader spectrum of computers. I think that’s the main limitation. Reasonably, you can’t pump the game up too much then computers will find it impossible to run. 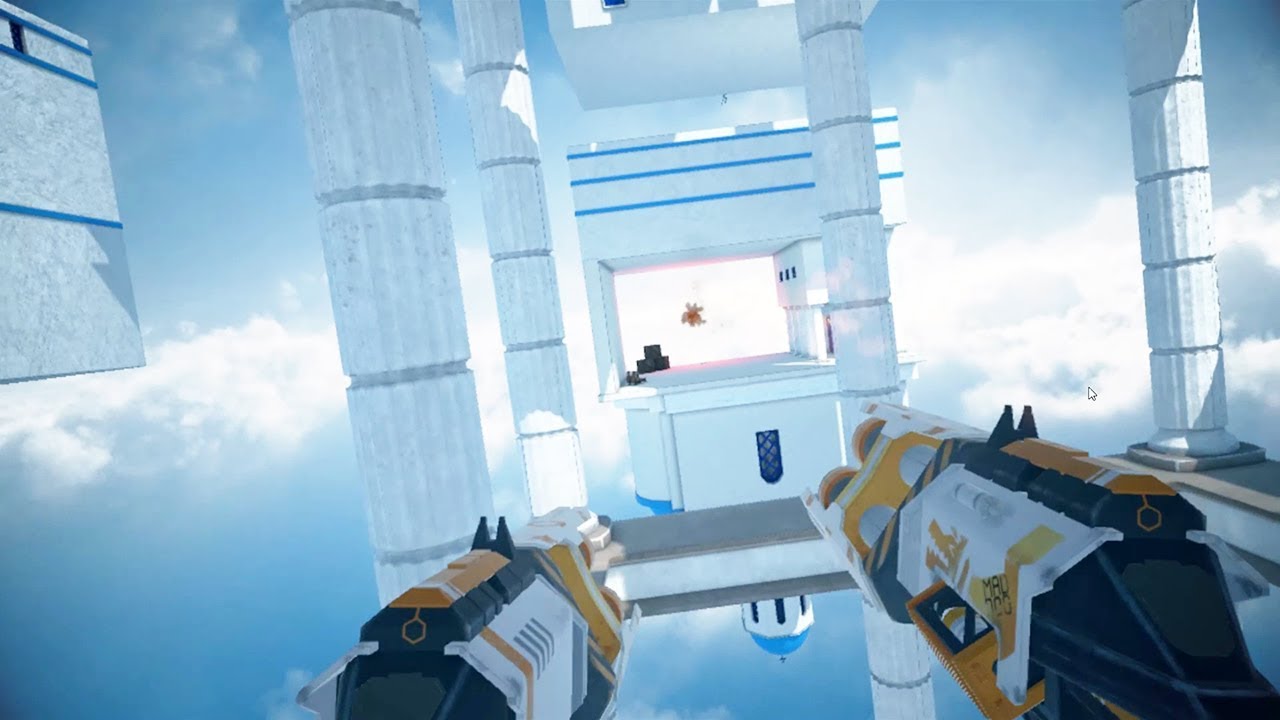 AH: So what are future plans for Skyfront VR? I know you’re planning to put in more maps, but what about weapon customization and that kind of thing?

SM: At the moment we’re not going to add more weapons or abilities before launch as we’re happy where we are with that. But we will add systemization and progression. It’s like any eSports game, you reach a certain level, you play a certain amount of hours with a weapon and get enough skills, etc. You unlock a progression of elements, and you can even download customizable assets. At the moment we’re just going to have customizable visors, which won’t affect the player but will affect how other players see you. The same with customizable character skins.

AH: That sounds pretty exciting! When does Skyfront VR officially make its debut?

SM: We’re aiming to release the game sometime this year.

AH: Will UK and the US launch at the same time?

SM: At the moment we’re just on PC, but depending on our PC launch we are looking at developing for PS as well.

Make sure you check out Skyfront’s Steam page and Twitter account for more details. In the meantime? Check out more articles at VGR, we’re sure to have something you like.