Square Enix has announced that Star Ocean: Anamnesis is coming to the West officially. For those that don’t know, Anamnesis is a free to play JRPG for mobile devices based on Square Enix’s spacefaring JRPG series. Interestingly enough, the publisher is going all-in on the English version, even going so far as to incorporate English voice-acting into the version that is coming here.

You don’t see too many English dubs for Japanese mobile games – let alone full console releases – so it is apparent that Square Enix is pouring a lot of resources into the Western Star Ocean: Anamnesis localization. Like the five core entries in the franchise, Anamnesis features the signature 3D action-based combat system. The game features gorgeous 3D graphics that push the boundaries of mobile graphics.

The story premise for Star Ocean: Anamnesis has you play as the captain of the Pangalactic Federation starship GFSS-3214F. A surprise attack and a malfunctioning hyperspace drive send you hurtling to the outer reaches of space. However, with the help of a mysterious woman and her ability to summon heroes from across time and space, you just might be able to fight your way back home. 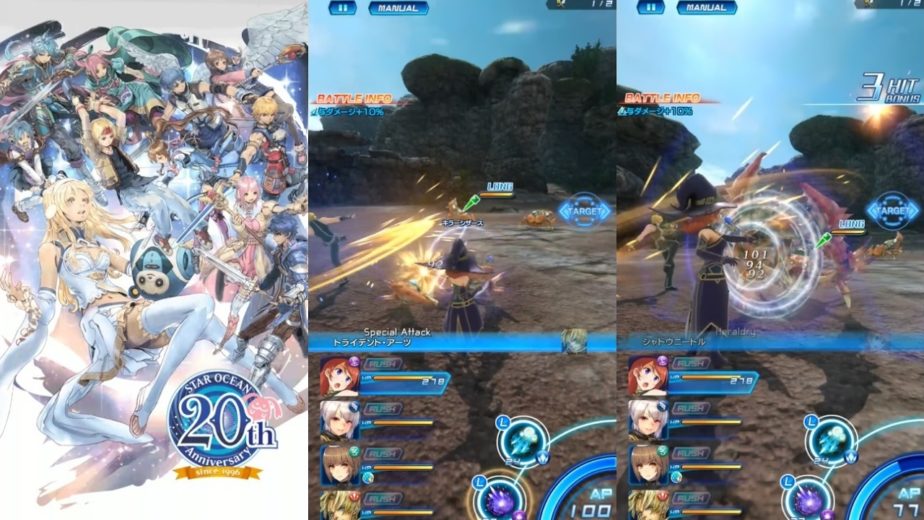 Like other mobile games, Star Ocean: Anamnesis tasks you with building a team to take down foes in the galaxy. Characters are divided up into several different classes with various specializations including Attackers, Sharpshooters, Defenders, Invokers, and Healers. Players have the freedom to customize their party as they choose.

Star Ocean: Anamnesis isn’t just singleplayer, either, as there is the option for multiplayer battles. Players can join together in cooperative multiplayer to fight against powerful enemies. Pre-registration for the Android version of the game is now open, which you can access right here.

The release date should be coming soon enough, given that pre-registration is typically shortly before the release of a mobile game. Square Enix has been releasing tons of information lately including a Final Fantasy 7 Remake screenshot and a potential NieR announcement tease.