Ever since a new Tales Of game got announced by Bandai Namco there’s been one thing that’s been on everyone’s mind: what is the Tales of Crestoria story? After all, we know little to nothing about the game apart from it isn’t considered a Mothership title, it’ll be played solely on your mobile and that it won’t involve other characters from the Tales Of series. What then, will Tales of Crestoria’s story be about, and how will it stand out as an entry point to those interested in the Tales Of series?

Thanks to the Tales fan-site Abyssal Chronicles, we may have just found that out. In their reading of Famitsu, the website discovered a handful of information about the main protagonist: Kanata Hyuuga. Kanata is described as being “the son of a monk” who’s in charge of the village that he lives in. Like many Tales protagonists before him, Kanata is very protective of those weaker than him, which often gets him in trouble due to a magical device called Vision Orbs. 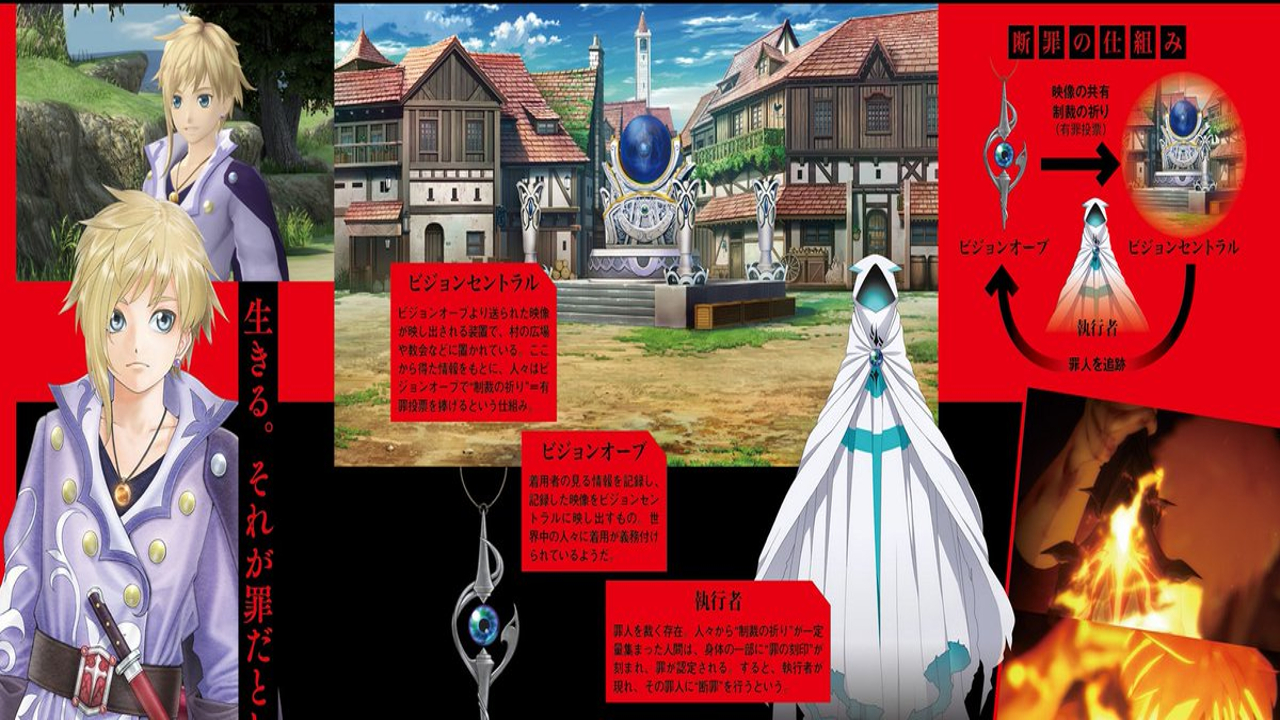 Vision Orbs, as described by Abyssal Chronicles, are devices that “record everything the wearer sees” to then transmit it places that are called “Vision Central”. These places are usually in public locations “like squares and churches” and can be used in ways to help solve crimes. Much like a court ruling, people will be able to see the ‘crime’ for themselves and thus get to decide on whether the person involved is innocent or guilty.

When that is decided, the guilty party is branded with a “crest” of the sinner. This often leads to an Executioner being sent out in order to pass the sentence.

So it shouldn’t come to any surprise that Kanata becomes such a person who is being hunted down, though to him he was only protecting someone he loved. Whether there is more to this story remains to be seen, but for now we’re pleased to know that there’s more to Tales of Crestoria than meets the eye.