It’s a sad day when one of your favorite voice actors doesn’t reprise a role you loved them in. That is no doubt what went through many fans of Tales of Vesperia’s head when they found out that Troy Baker, Yuri Lowell’s English voice actor, would not be returning. At least, not for any new lines. The actor will still voice the majority of Yuri Lowell’s lines in the upcoming definitive edition.

However, new lines that were added will not have the same voice actor. This led to Baker himself confirming that he had not been asked to return. According to him, he was “pretty gutted” by not reprising his role as Yuri, as he “would’ve jumped at the chance to step into those boots again.”

While this was pretty heartwrenching already, some fans have taken it a step further. 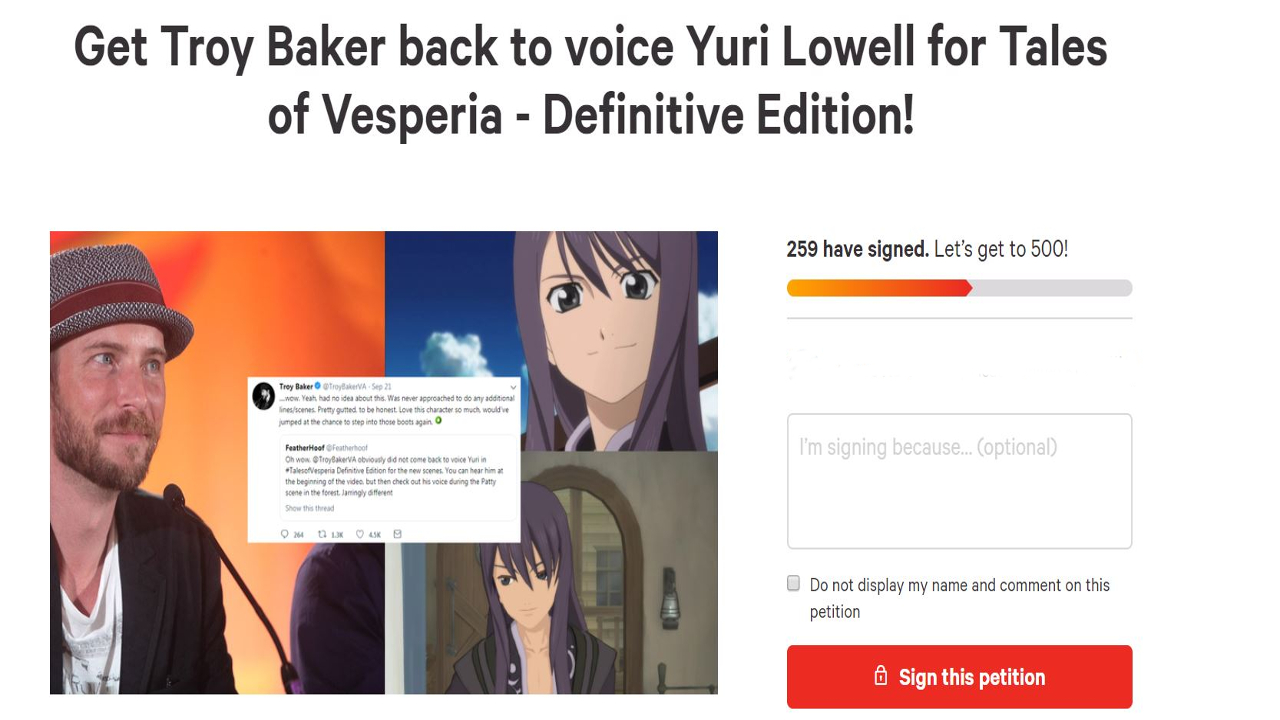 When things don’t go the way you want them to, the petition is usually only one step behind. But I’m not knocking them, it’s clear that Tales of Vesperia has a dedicated, passionate fanbase. But in this case, is it just too little too late?

Tales of Vesperia Definitive Edition is planned to be coming out on January 11th next year, and with the petition being made in October… While you can’t deny the passion, realistically? This doesn’t seem as though it will go the way fans want. Troy Baker may feel more than a little touched though if that’s one positive take you want to hear.

That said, stranger things have happened.

In other Tales Of news, Bandai Namco have come out to say that remasters/remakes of other Tales Of games could happen in the future – if the demand is there. Does that mean I’ll finally get the Tales of Berseria on Nintendo Switch port I’ve always dreamed of? It’s hard to say. Keep your fingers crossed, folks.