Players in Fortnite are always trying to figure out what the season ahead could bring to the game. To do so, they will often turn to the smallest details to try to make predictions about the future. Recently, some gamers have started to theorize about possibilities based on the A.I.M. skin which is now available.

The A.I.M. skin was added during Season 6 Week 7. When you get the skin, it is part of a full cosmetic set. The skin itself has Legendary status and Back Bling come with it. 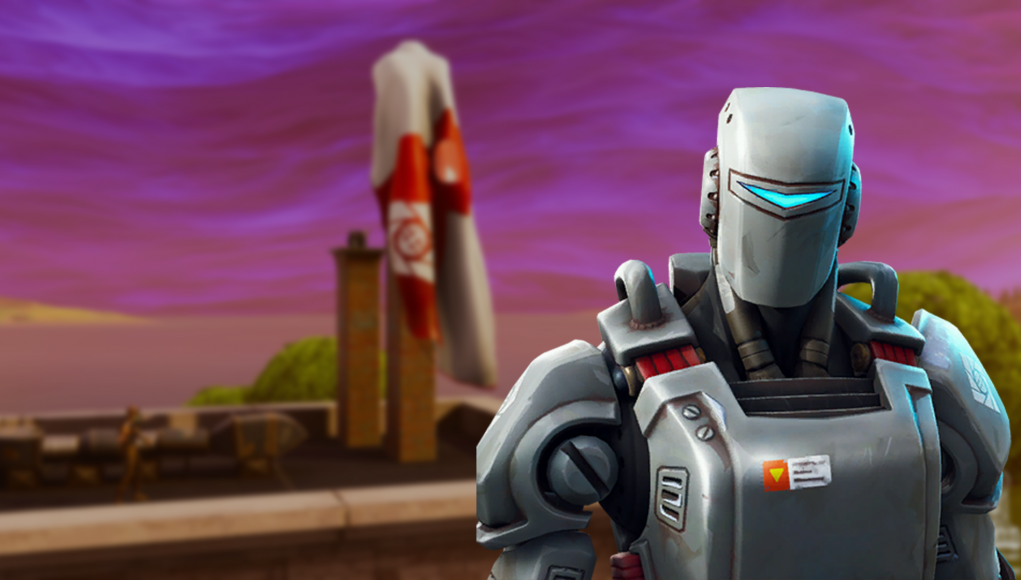 The A.I.M. Skin Raises Some Questions

There are a couple of reasons why players have fixated on A.I.M. The first is that A.I.M. all but lacks a backstory. Normally, we could expect a fair amount of detail. As such, the silence speaks pretty loudly. Why avoid providing a backstory for the skin unless that story would give away spoilers involving the future?

The second reason why gamers are intrigued by the A.I.M. skin is that the arms and legs have some frost on them. This could not have come from the Fortnite map as it exists currently.

This leads to two possibilities. Obviously, the frost had to come from somewhere. The first possibility is that A.I.M brought it with him from somewhere else. If that is the case, we probably would not expect to see any frost or snow in Battle Royale mode.

The other possibility is that this frost does come from the Fortnite Battle Royale map. It is not there presently, which means that it would have to be added in the future. It is certainly the right time of year for it since it is now almost winter. This could potentially be very exciting.

Regardless of what it all means, the A.I.M. skin is very cool—pun intended. When we find out more, we will be sure to share with you right away. Keep up with all of our Fortnite news and updates.