CD Projekt Red recently live-streamed the first public footage of Thronebreaker: The Witcher Tales; the studio’s upcoming Gwent RPG. Among the many aspects to the game, the developers discussed its setting. There will be five different Thronebreaker maps in total, each spanning a different region. Foremost among these five are the two Northern Realms of Lyria and Rivia; the latter of which is best-known for its association with the witcher Geralt.

Thronebreaker Maps: The Northern Realms of Lyria and Rivia

During the recent live-stream, the developers showed the audience some of Thronebreaker’s Lyria map; the first region to feature in the game. Thronebreaker’s protagonist is Meve, Queen of Lyria and Rivia, and takes place as the second war between Nilfgaard and the Northern Realms is breaking out. Indeed, within the first hour of gameplay shown in the live-stream; Meve breaks a Nilfgaardian siege on a town in Lyria. Most fans of CD Projekt Red’s Witcher series are probably somewhat unfamiliar with Lyria; a realm as often allied with Rivia as feuding with it. 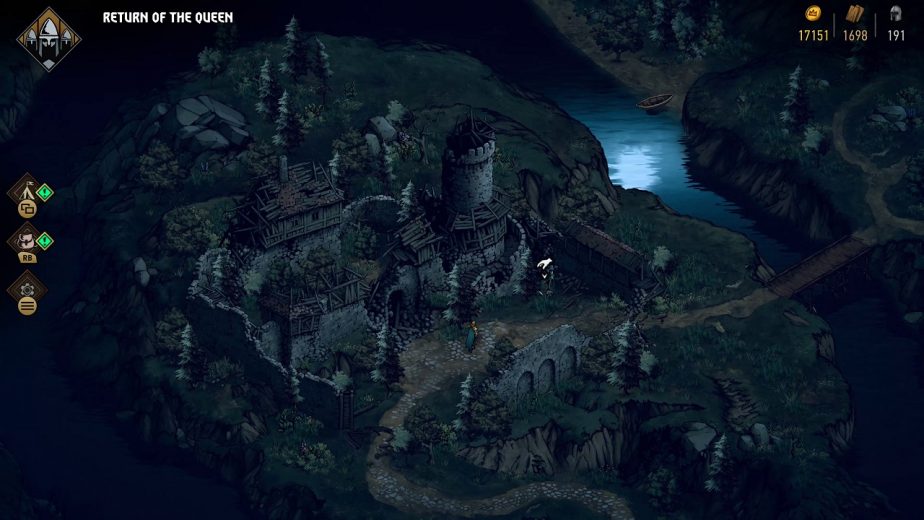 “Unlike Rivia,” explains CD Projekt Red; “Lyria’s name remains untouched by the fame – or infamy, depending on who you ask – of the witcher known as the White Wolf. Instead, the realm is mostly recognised for its people, whose hard work allows Lyria to thrive off its land and the delicious fruit, vegetables, meat, and wine it produces.”

The picture of Lyria which CD Projekt Red paints as a pastoral realm certainly aligns with the region’s portrayal in Thronebreaker. Unfortunately for the Lyrians; they are beset by both Nilfgaard and a murderous host of bandits called the Strays of Spalla. Rivia, meanwhile, wasn’t shown during the live-stream; “Whenever the topic of Rivia arises,” says CD Projekt Red; “the thought of a certain white-haired witcher follows. Many forget that the realm had made a name for itself across the Continent long before Geralt became one of Rivia. And much of it has to do with the many fine workshops and smithies that can be found here, whose weapons and wares have long been lauded for their quality and craftsmanship.”