During a recent live-stream of Thronebreaker: The Witcher Tales – the first time the game was shown off by the developers – the game’s director said that there would be five regions in Thronebreaker. Lyria was shown in the live-stream, and Rivia will follow it. After all, Meve is the queen of Lyria and Rivia. It was also revealed that two of the others will be Angren and the dwarven homeland of Mahakam. Now, CD Projekt Red has revealed that the fifth realm in Thronebreaker will be the Kingdom of Aedirn. It will be the first time the series has visited the region since The Witcher 2: Assassins of Kings.

Thronebeaker Will Take Players Back to the Kingdom of Aedirn

“Aedirn — the biggest and most powerful out of the Four Kingdoms of Northern Realms — prides itself with its great road network and strong economy,” explains CD Projekt Red; “The huge ironworks in Guleta and Eysenlaan and weaving factories in Vengerberg are just few examples of its world-famous industries. This densely populated region is full of well-educated, sophisticated, and perhaps unsurprisingly, quite snobby people. They write Kaedwenis off as boors and dolts and think all Rivians are thieves, while Lyrians ‘make good seasonal workers.’ Maybe it’s their king who’s a bad influence — Demavend III has his nose eternally stuck up in the air, playing on other rulers’ nerves.” 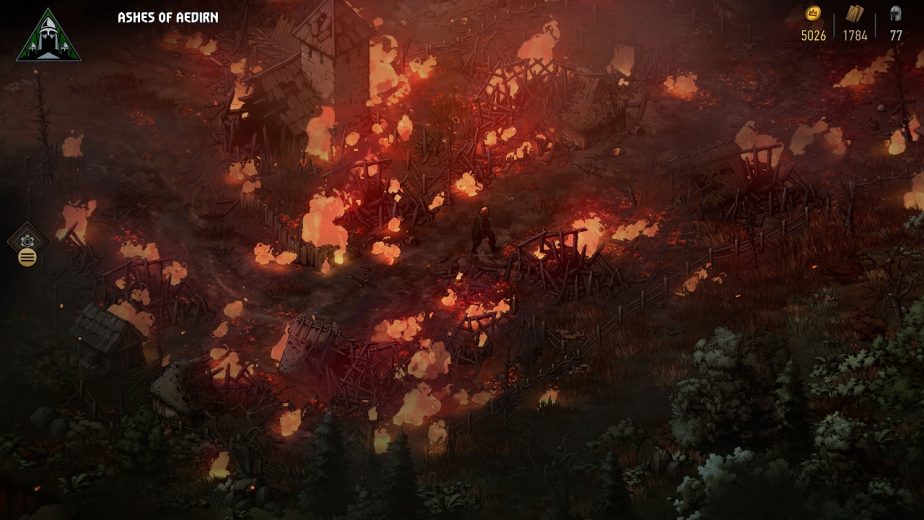 Thronebreaker will be taking place during the second war with Nilfgaard; prior to the events of The Witcher 2: Assassins of Kings. At the time, Aedirn’s ruler is King Demavend III. Demavend was one of the Northern Kingdoms’ best strategists in the war, and as a result, is likely to feature as a character in Thronebreaker. Yennefer once served as his royal advisor, making her appearance a possibility as well. Indeed, the city of Vengerberg itself is the capital of Aedirn.

Two other characters from The Witcher 2 who may appear in Thronebreaker based on this news are Demavend’s son, Prince Stennis, and Saskia. Stennis plays a major role in The Witcher 2, but is also quite young. As such, he may be too young to have played a role in the second war with Nilfgaard. The dragon Saesenthessis, better known as Saskia, or the Virgin of Aedirn, was definitely alive at the time. However, it’s unknown what she was doing during the war. She didn’t begin to attract attention until the events of The Witcher 2. It’s certainly an interesting possibility that Meve could meet the polymorphed dragon, however.