Titanic VR is the latest VR experience from Immersive VR Education; a software company which develops educational VR and AR projects. They are the creators of the Engage platform; a free platform designed to help create VR educational courses. The company’s new Titanic VR experience launched in August of this year. It’s available for the HTC Vive, Oculus, PlayStation VR, and Windows Mixed Reality, as well as Steam VR. It can be downloaded from Steam or Oculus, and retails for £15.49.

Last week, Immersive VR Education were at EGX 2018 in the UK to show off Titanic VR. During that event, I had the chance to interview Bobby Greaney, the Unity Game Developer on Titanic VR. We spoke about both the company’s latest project and their other work in the education sector.

To start off with; for the benefit of people who might not have heard of Immersive VR Education, can you tell me a bit about the company’s history and what it does?

“The company was founded in 2014, and basically we have had a focus on educational content since the beginning. The first published content we had was Apollo 11 VR, which was a sort of first-person perspective of the Apollo missions, as well as giving you a bit of an overview of the program itself.

“Since then we’ve developed a few other of our own IPs, which we call ‘edu-tainment’-type sort of experiences. “So like Titanic VR and then we’ve also got a collaboration with the BBC which launches very shortly called 1943: Berlin Blitz, but all those are kind of almost secondary in terms of the structure of the company to our main IP, which is Engage, which is a kind of distance learning educational platform that we’re using to help get into the university level of education, and lower as well; actually just allow educators to have the tools they need to be able to demonstrate any concept in any environment. That’s really our main focus as a company.” 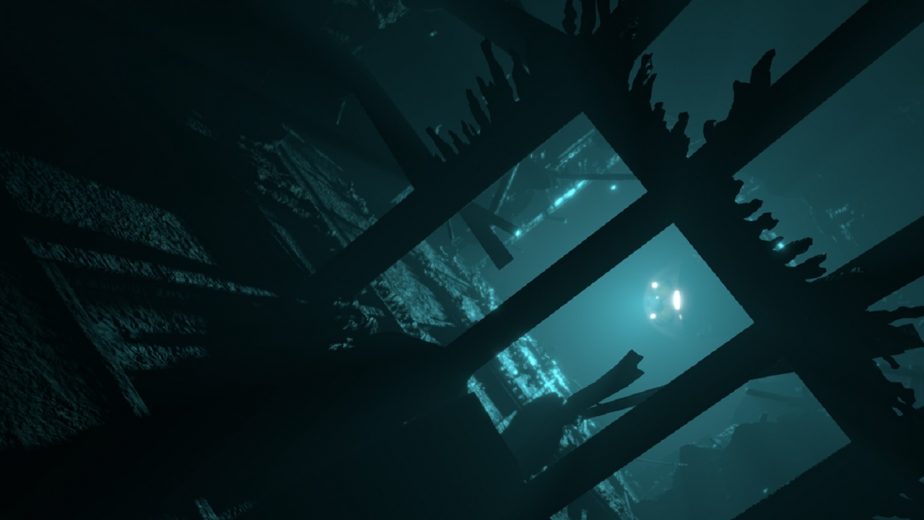 What were your goals with Titanic VR, and do they differ from the goals you’ve had with previous VR projects?

“So I think the goals are very much the same for all of our entertainment content, which is ‘Educate first, and…’ not ‘Entertain second’; that kind of sounds like it’s put by the byway, but in general it’s to make something that fulfils a specific desire to know more that most people have, so with Titanic the focus was essentially to take you through the wreck, but what we did was we we had a kind of narrative construct that would allow you to dive to different portions of the wreck and a surrounding of fictional characters and fictional story, but we’re using that as a sort of launch guide to tell the real stories of the people who built the ship, who were passengers on it, and who died on it.

“We take the user through elements of ship construction, the history of the company at the time, White Star Line, as well as the stories of the individual passengers who travelled on it. With Titanic that was our main focus; to get that information across in a way that is entertaining and lets people… if they want to know more, they can, and if they’re happy just to sort of skim the surface, that’s OK as well.” 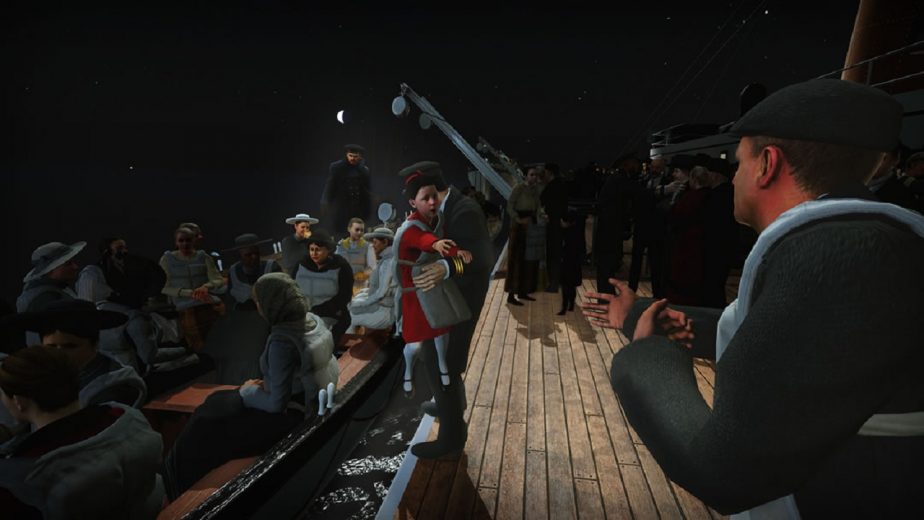 Were there any major hurdles which you found that you had to overcome when you were developing Titanic VR?

“Yeah, one of the cornerstones of what we wanted for Titanic was to have a really high level of visual fidelity, which normally in VR you don’t really get because it’s hard to do. It means that your development time can grow a lot more because you have to spend so much time optimising and sort of using every trick in the book to try and get your frame-rates to run; which, they run about three times faster than traditional games, so you do have to make sure everything is absolutely as optimised as it can be, while also trying to maintain that level of visual quality that you’re aiming for. That was the biggest challenge, was finding that balance.”

Roughly how many hours do you think it will take players to experience the full run-through of Titanic VR?

“It’s kind of hard to say, because there’s a lot of different components to it. The main story would be probably about four-and-a-half hours worth of content, and we also have the fifteen-minute Sinking Experience, which puts the player in the seat of the lifeboat as it goes down, so they can see the entire sinking happen. Then we also have Tour Modes; I believe there’s about an hour and a half worth of tour content, which is more for users who aren’t too into the interactive side, who just want to sit back and learn, and enjoy the experience of being four kilometres below the ocean.” 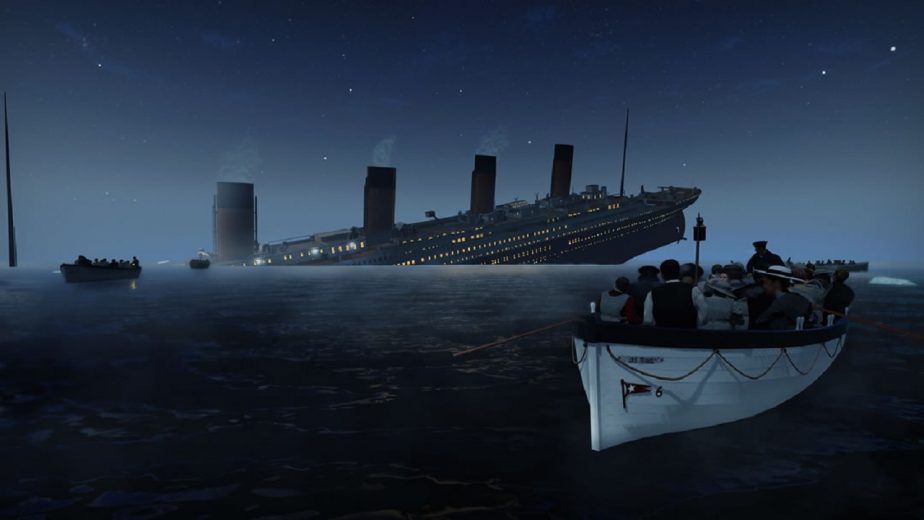 How do projects like Titanic VR and Apollo 11 VR mesh with the company’s self-stated focus on VR and AR educational software? As you mentioned in the previous question, are they part of that software or are they seen internally as somewhat separate?

“Internally they’re seen as somewhat separate, but the idea is to kind of bring them into the educational platform in some capacity. So that would be usually with environmental assets we would allow people to access through Engage. Ultimately we would like to see our main educational platform being more of a conduit for those experiences in the future. At the moment they are separate development teams but ideally yeah, we would eventually be able to merge the two to produce very bespoke educational content for Engage.”

Projects like Titanic VR certainly attract attention; can you give some examples of projects which the company have previously done for classroom educational use which don’t necessarily get the same media attention that a big project like this would get?

“Well a lot of the bespoke things we’ve done for Engage have been very low-key because the platform itself is free on Steam, so that can lead to a lot of people just instantly overlooking it, because they assume it’s not very good. But yeah, we’ve done a lot of education collaborations within Engage itself. One of the more recent ones was a collaboration with Oxford University to do distance training for doctors and nurses; so we did a course on how to resuscitate a baby who was choking, and we used motion controls and the full input. The idea is for doctors in the UK to be able to train doctors in hospitals in Kenya using our platform as kind of a middle ground.

“We have other content which is quite like that; we’ve done collaborations with YouTubers and… educational YouTubers, I should say… and there’s a few other bespoke lectures which are coming out very soon as well, also done with Oxford. Those don’t tend to get too much attention because they’re just part of a bigger whole, but they are basically bespoke creations themselves.” 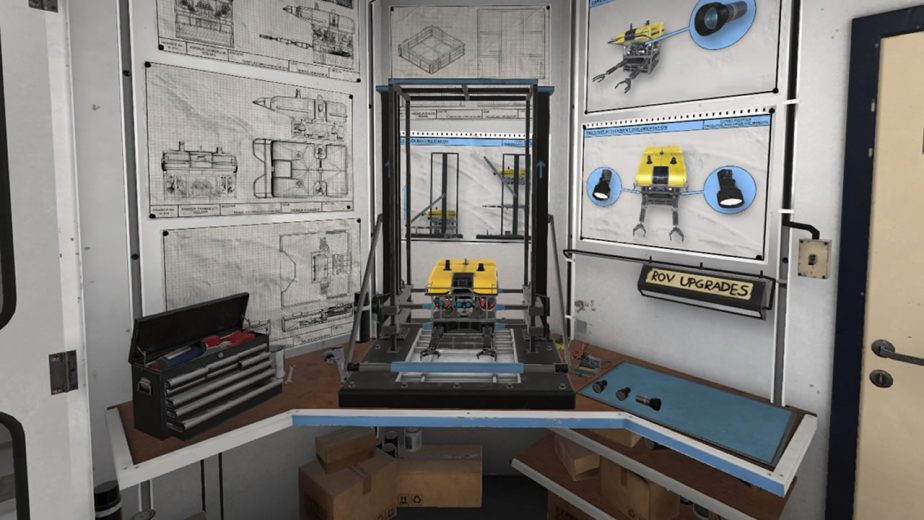 How does Immersive VR Education work and/or plan to turn VR and AR into staple tools in education? Obviously, this is mentioned as one of your core goals on the website.

“The initial phase of that is very much targeting distance learning, because that’s where VR can have the biggest and quickest impact; changing an online course where you watch a grainy video of a lecturer to sort of being in a room with them. That’s where the biggest initial impact is, and then going on from there it also helps to democratise the cost of education. So at the moment… obviously, the ideal education system is basically a tutor for every child; you want personal tutoring for absolutely every single person. That’s physically impossible because there’s more kids than adults in the world, unless you train one hundred percent as educators.

“But the idea is to be able to democratise that so we can put people in touch with the best trainers in the world possible and do it from home. There’s a lot of countries with booming populations that need… like, China is rapidly building universities as fast as it can, but still can’t keep up with the demand. So that’s where we see ourselves as stepping in as going, ‘Oh yeah, we can help. We can educate, and we can put people in touch with lecturers and professors,’ and basically bridge that gap.”

“Well there’s kind of a rule of game design and film-making in general, which is ‘Show, don’t tell,’ and the same can sort of be said on an extra level for VR, which is ‘Do, rather than show.’ Everybody learns so much better through experience; if you ever work at a trade or a much more physical field with more hands-on, tactile types of work, you always find you remember the first time you saw it done in the workshop, rather than the time you heard about or were taught about it. A lot of the professions do need very tactile, hands-on experience, and that’s where VR can sort of make all the difference.

There’s a couple of studies from the early-to-mid 2000s regarding mind-sight training; obviously VR has had a big impact for a long time in medical fields for surgical training, and a couple of those studies basically all show that people who were trained in VR were much better. The LTIs, the Lost Time Injuries, were down by 43% I think, once they switched over to a VR training program instead of the traditional media that they’d been shown. It’s one of those where it is effective and we know it works for training and education, it’s more getting that word out there.” 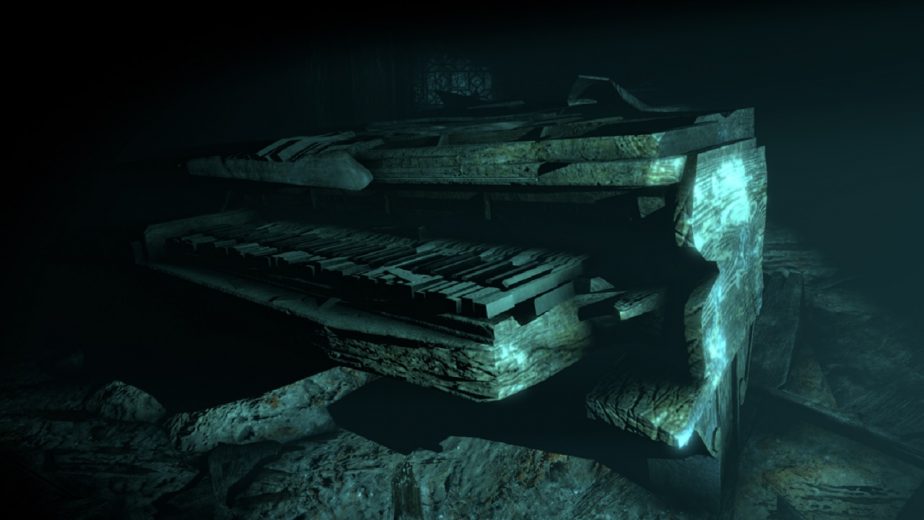 One last question; what do you think is the best reason of, I’m sure, the many, that gamers should experience Titanic VR?

“One thing we’ve got from a lot of feedback at EGX and when we’ve had a few other public demonstrations – and it’s out on Steam, so also from Steam feedback – is a lot of people, not everyone, but a lot of people do find that it’s kind of creepy being down there. I can’t think of… in a weird way, I can’t think of a better compliment, because people are creeped out by the notion of being in a place where so many people died. Even though it’s a virtual recreation; ours doesn’t exist in real life. But you can still get that sort of innate sense of association between what we’ve created and the wreck site itself. People see that as intangibly linked.

“I think the biggest portion of Titanic VR that I’d like most people to get out of it is a better understanding of the history of the time; of the science and engineering that went into the ship construction, as well as the stories of the individuals who went down with it.”