In a recent post on the official Total War website, Creative Assembly has at last revealed the Total War: Three Kingdoms PC system requirements. Divided among two minimum setups, recommended, and a high-end setup designed to get 60+ FPS, the specifications provide guidelines for PC players who want to ensure that their setup can handle the upcoming game. Creative Assembly’s post also gives a deep dive into the game’s graphics technology, including the Temporal Anti-Aliasing feature and more. Interested readers can delve into that topic in the full article, here.

According to Creative Assembly, players running at these specifications can expect; “around 25-35 FPS on campaign map and in a 1v1, 21 units vs 21 units battle, default graphics preset set to ‘Low,’ running at 1280×720.” 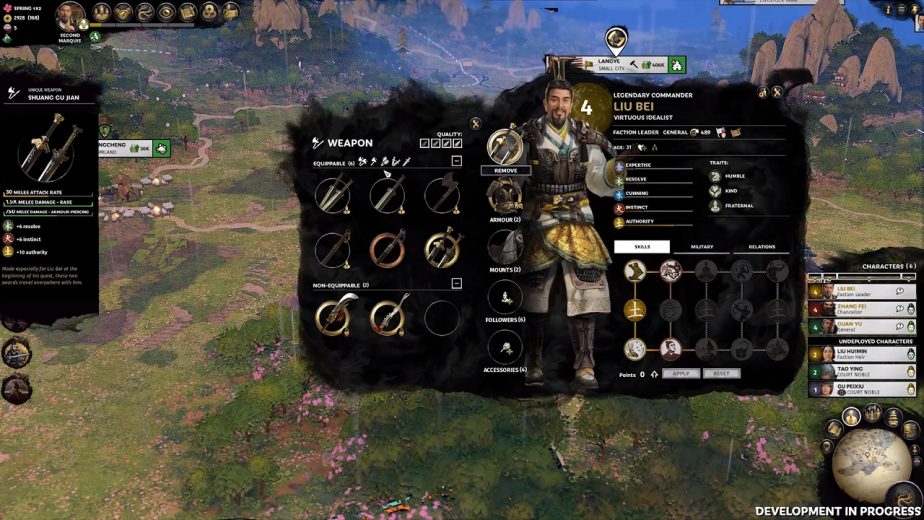 This alternate graphics setup should achieve similar results to the integrated setup. i.e., players can expect 25-35 FPS on the campaign map, and low default graphics settings in battles.

With the recommended specifications, players can expect to see an FPS of 45-55 on the campaign map. They should also see similar FPS when playing in a standard 1v1, 21 units vs. 21 units battle, even with the default graphics set to “High,” and a resolution of 1920×1080.

This high-end set of specifications should enable players to get 60+ FPS on the campaign map. They should also get 60+ FPS in standard-size battles, at 1920×1080 resolution, even with the graphics set to “Ultra.”