Far Cry 3 Classic Edition is now available for everyone who bought Far Cry 5’s Season Pass. The game will release to the general public in a few week’s time. The remaster of 2012’s Far Cry 3 allows players to revisit the Rook Islands, a significantly different setting to the hills and mountains of Hope County. Players looking to get into Far Cry 3’s Classic Edition quickly should look to acquire Signature Weapons as soon as possible.

These powerful weapons can be unlocked by completing certain milestones within the game, which makes them available for purchase in the game’s shops. Although you have no control over the Signature Weapons’ attachments, the weapons are notably more powerful than their standard versions. 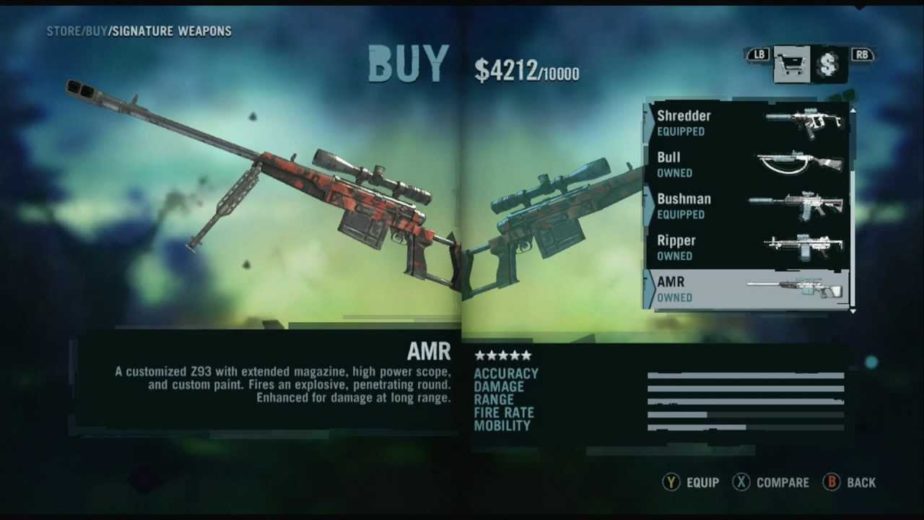 How to Unlock The AMR

The AMR is a powerful Z93 Sniper Rifle fitted with a long-range scope, an extended magazine, and a customized paint-job, and more importantly, it fires armor-piercing, explosive rounds. You can unlock this superior long-range firearm by collecting 20 of Far Cry 3’s 120 Relic collectibles (in addition to the 10 needed to unlock The Bull, see below).

How to Unlock The Bull

The Bull is an M133 Shotgun that has a red-dot sight and an extended magazine. Like all the Signature Weapons, it has a custom paint skin. This weapon can be unlocked by finding 10 of Far Cry 3’s 120 Relic collectibles.

How to Unlock The Bushman

A powerful assault rifle, The Bushman is a customized P416, and comes fitted with an optical scope, an extended magazine, a silencer, and its own paint skin. You can unlock this accurate assault weapon by activating all of the game’s 18 Radio Towers.

How to Unlock The Japanese Tanto

The only melee Signature Weapon, the Japanese tanto is a lethal bladed weapon which increases melee combat damage. You can unlock this dagger by finding 6 of the Letters of the Lost. There are 20 of these collectibles hidden in Far Cry 3. 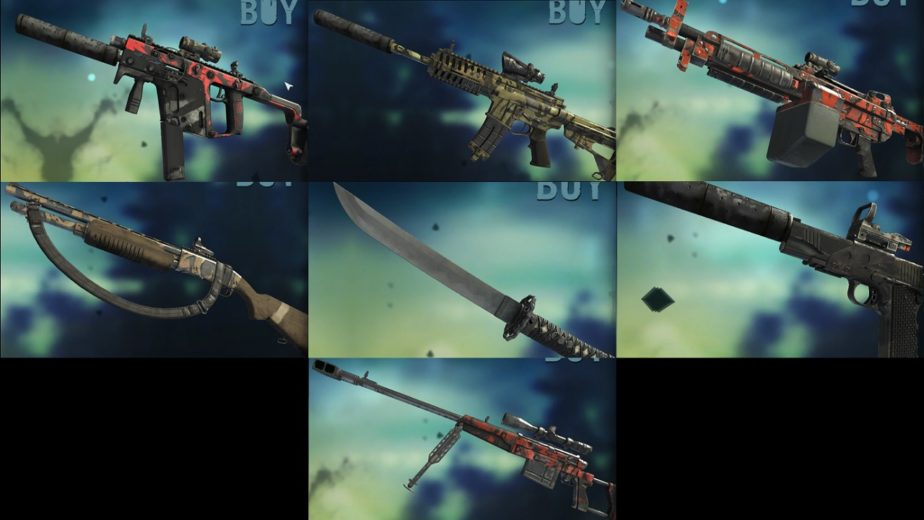 How to Unlock The Ripper

This highly-powerful MKG machine gun comes with an optical scope and an extended magazine. The weapon has surprisingly low recoil for its fire rate, and very high damage. You can unlock this weapon by completing 6 of the 12 Trials of the Rakyat.

How to Unlock The Shadow

This 1911 Pistol comes with a silencer, an extended magazine, a red-dot sight, and a custom paint-job. This handgun is perfect for stealth, and can be unlocked by taking over 17 of the game’s 33 enemy outposts.

How to Unlock The Shredder

The final Signature Weapon, The Shredder is a custom Vector .45 ACP. The weapon features a reflex sight, silencer, and an extended magazine. This accurate and lethal firearm can be unlocked by collecting 10 Memory Cards, of which there are 20 hidden in Far Cry 3.