On the eve of World of Warcraft’s latest expansion release, Battle for Azeroth, the game’s community has already found itself riding a rollercoaster of wildly fluctuating emotions. A slightly disappointing pre-patch led into what was undoubtedly one of the most controversial moments in the game’s narrative history, with the well-timed release of two different cinematics being the only thing that prevented full-blown fan riots. In a recent interview with PC Gamer, several members of the Battle for Azeroth design team spoke about both the recent controversies and the somewhat rocky implementation of the expansion’s pre-patch. 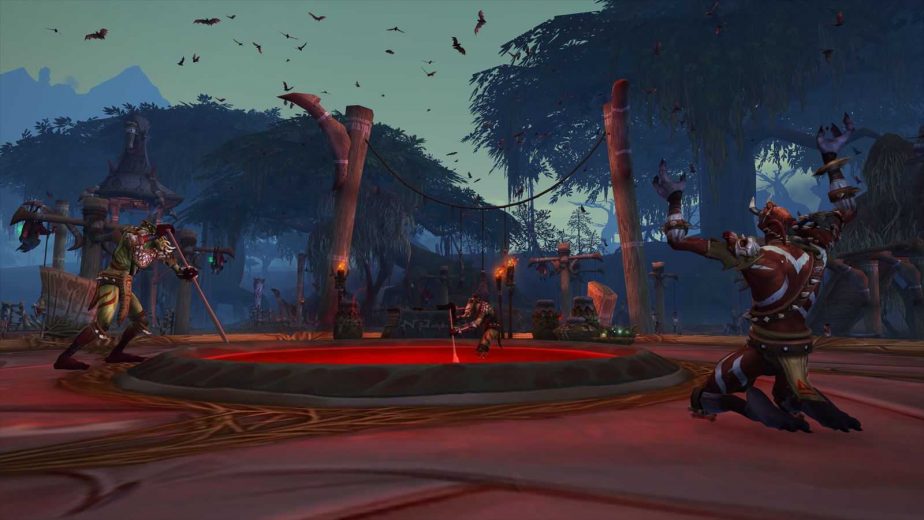 When asked about whether Blizzard expected there would be such explosive controversy surrounding the War of the Thorns and, more specifically, Sylvanas Windrunner’s decision to burn the Night Elf stronghold of Teldrassil, Battle for Azeroth game director Ion Hazzikostas said that controversy was indeed expected because the studio knows how passionate some fans are about their faction loyalty, particularly when it comes to the Horde:

“Once we dug into the actual events around the burning of Teldrassil – the attack and the response – there’s a lot of emotional investment. It’s one of the things that’s powerful about World of Warcraft. There’s attachment to one’s faction—it matters, and people have different views of what it means to be a member of the Horde.”

Later on, Hazzikostas also touched on the Horde faction itself, saying that it’s important to remember how fluid and varied the Horde’s internal politics are:

“They are fundamentally different in their ethos, their world outlook, and priorities. But they’ve banded together for strength and camaraderie to claim land for themselves and to eek out a place in this harsh world of Azeroth. And that is what has kept them bound together over the years, but those differences can and will emerge.”

Specifically, Hazzikostas’ comments refer to Sylvanas Windrunner’s place within the narrative. Even though Sylvanas is technically the Horde Warchief (a title which has been passed around several times in the last few World of Warcraft expansions), her dark ideals don’t represent the Horde as a whole, and there are those within the greater Horde collective who clearly don’t agree with her methods, like Varok Saurfang.

The full interview is certainly worth reading if you’re at all curious as to how Blizzard decided to weather this latest storm of controversy. Meanwhile, Battle for Azeroth is scheduled to launch in full tomorrow, August 14, so while one battle ends, another is just about ready to begin.