Blizzard has announced it is releasing a new trio of story-centric ‘Warbringers’ trailers for World of Warcraft which will lead up to next month’s launch of the Battle for Azeroth expansion. The first animated trailer is now live, and it focuses on the jaded human mage Jaina Proudmoore. 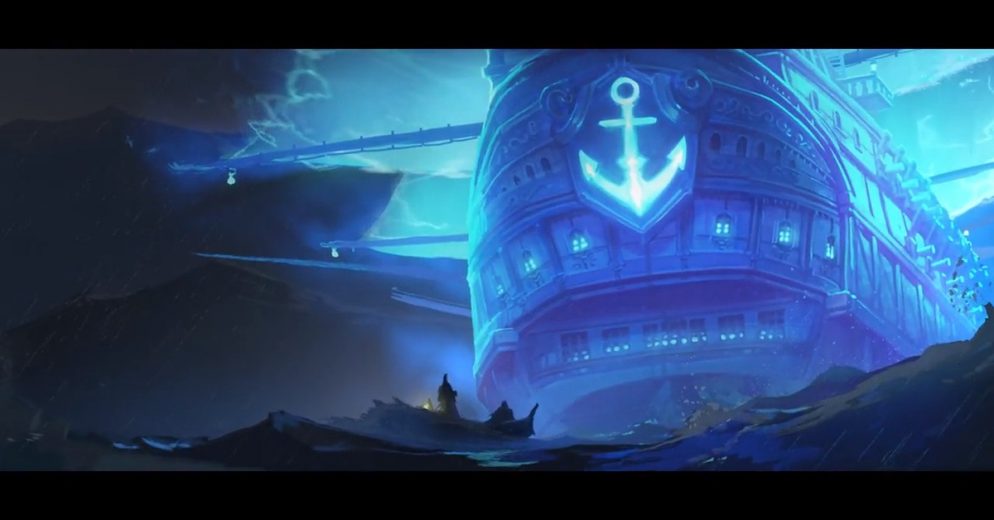 Jaina Proudmoore is one of the more interesting figures in World of Warcraft’s lore. She started out as a bright-eyed optimist, and her desire to do good even led her to befriend Thrall, the orc who would go on to become Warchief of the Horde. In fact, Jaina even stood with Thrall when her father, Kul Tiran Admiral Daelin Proudmoore, swore vengeance against the Horde for the death of his son (and Jaina’s brother) Derek. Daelin’s refusal to see the Horde (and orcs specifically) as nothing more than heartless savages ultimately led to his death, and Jaina’s decision to side with Thrall made her an outcast amongst her own people.

Jaina’s favorable opinion of the Horde lasted until the events of World of Warcraft’s Mists of Pandaria expansion when the war-hungry orc Garrosh Hellscream, who had assumed the mantle of Horde Warchief after Thrall left to join a shamanistic group called the Earthen Ring, launched a devastating surprise attack on Theramore, the coastline city that Jaina kept watch over. Now, Jaina’s hatred of the Horde surpasses even that of her dead father, and as viewers can see in the below story trailer, she’s finally ready to embrace her family’s bloody legacy as the Battle for Azeroth looms.

Two more Warbringers trailers are set to arrive in the near future. One will focus on Azshara, the cruel queen of World of Warcraft’s Naga race, and the other will star Sylvanas Windrunner, the former elf general-turned-undead dark ranger who now serves as the Horde’s latest Warchief.

If you want to catch up on all of World of Warcraft’s previous content ahead of Battle for Azeroth’s August 14 release, you can now do so without having to pay an initial box price for the game. If you end up sticking around when Battle for Azeroth launches, you’ll also be able to try out the expansion’s newly revamped PvP experience.