Got a new message notification on PS4? You may want to think twice before you open it. There are reports of a PS4 messaging hack which is bricking consoles. Those who are hit by this hack are being forced to return to factory settings in order to have usable consoles again. 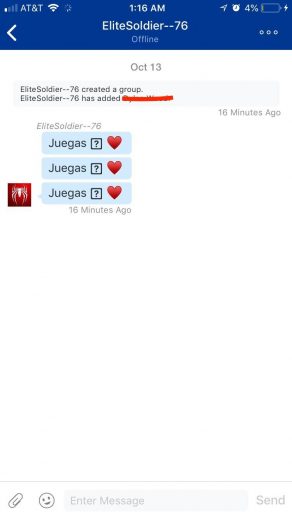 u/Huntstark on Reddit reported this issue yesterday in a post titled, “WARNING: Set your messages to private.” Huntstark writes, “It happened to me during Rainbow Six: Siege. A player from the other team used a dummy account to send the message and crashed my entire team. We all have had to factory reset. Only one of our guys wasn’t affected and he has his messages private.”

If you read through the responses, you will find that many other users are reporting the PS4 messaging hack as well. As of the time of this writing, the post has been upvoted more than 3,800 times.

So if your messaging settings currently allow you to receive messages from strangers, you may want to change them for now. You can do this on your console, web browser, or smartphone app.

It is wise to use the web browser or smartphone app if you can so that you do not accidentally display one of these console-breaking messages on your PS4. The moment it opens, your system will crash. There are two safe settings to use. You can opt to receive messages only from your friends, or you can turn off messaging altogether. Both should prevent unsafe messages from reaching you.

As of right now, there is no comment from Sony regarding the PS4 messaging hack. Hopefully a patch will be forthcoming soon. In the meantime, all users are advised to take steps to protect their consoles.