As you may know, Kassandra/Alexios are on a journey to find clues about their mother’s whereabouts. Without spoiling too much, you come across Chrysis in all her terribleness during your time in Argos. Here you find her threatening someone because she’s a priestess of Hera and apparently that means you can be a dick to people and get away with it.

Fast forward your time in Argos and you eventually discover Chrysis not only knows where your mother went, but she’s the abusive woman who made your sister/brother into a living weapon. So, as you may expect, Alexios/Kassandra are far from happy with her.

You go and confront her, only to be given with a choice. Run after her and kill her, or save the baby that she’s left to die in a temple. For the sake of this guide, we’ll assume you did the latter. 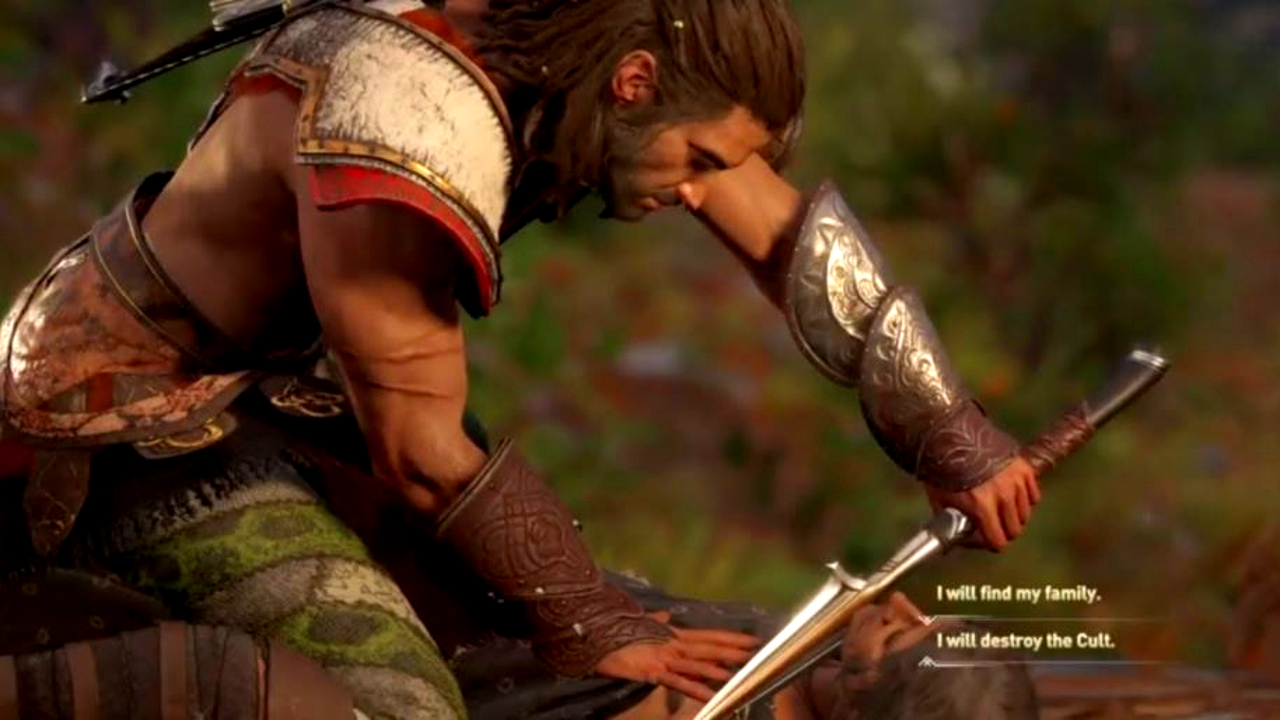 Naturally, you’re left wondering where the hell this she-devil has run off to. But don’t worry, if you’re worried that you’ve lost your chance of finishing Chrysis off for good, then you’re in for some good news.

Check your map, and you’ll see that after completing the previous mission and giving the baby back to its mother, a new quest marker has popped up. The quest is: Death Comes for Us All. That’s right folks, Chrysis is finally going to get what she deserves after abusing your sibling and hunting your family for so long.

Head to the quest. You’ll find a woman there, crying about her husband fighting a group of bandits and begging for your help. Feeling obliged to help, you head into the forest pointed out to you. There you’ll be ambushed by Chrysis. She’ll fight you, but let’s be real, it’s an easy victory for you.

Take a moment to smile. After all, this is one of the most satisfying deaths in Assassin’s Creed Odyssey’s chapters.