We already know that Assassin’s Creed Odyssey will put a heavy emphasis on player choice, mainly thanks to the various gameplay and live-action trailers that developer Ubisoft has been slowly trickling out over the past several months. However, the latest Odyssey video isn’t a trailer at all and is instead a sort of early-game preview in which the game’s developers show just how far-reaching a player’s choices can be. 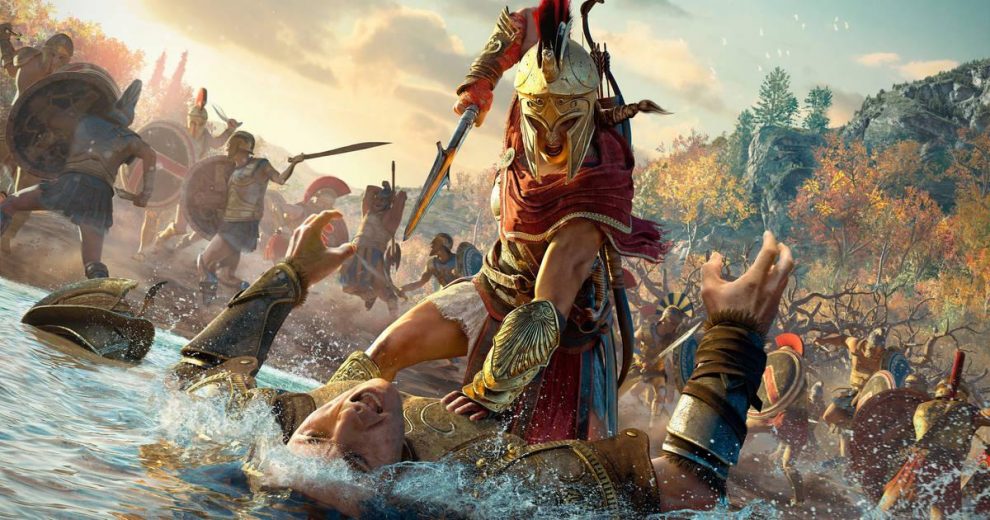 In the video, viewers can watch Ubisoft News hosts Mikel Reparaz and Yousef Maguid play through a condensed version of Odyssey’s opening events and missions. Several different scenarios are shown during the video’s five-minute runtime, and the separate playthroughs that Reparaz and Maguid constructed for the video show that no choice in Odyssey exists in a vacuum. For example, one of the very first things that happens upon a new playthrough is the player being challenged by a pair of local thugs. Once the thugs are beaten, the player can either kill them outright or let them go, but as the video proves, showing mercy can have consequences.

That same lesson is reiterated later in the video when the player is exploring a burnt out village which is rumored to house plague victims. A group of soldiers is preparing to execute an entire family of suspected plague carriers, and the player can choose to intervene or let the family die. Intervening is naturally the moral thing to do, but again as the video proves, there can be no action without an eventual reaction. The scale of how even minor choices can drastically affect the game’s world proves that Ubisoft is committed to making Odyssey feel like a living, breathing, evolving adventure.

Players will be free to make whatever choices they like when Assassin’s Creed Odyssey launches next Friday, October 5, for Xbox One, PlayStation 4, and PC.