We previously covered how Ubisoft is using its upcoming title Assassin’s Creed Odyssey as a way to show off the series’ new emphasis on customization and player choice, but if you’d like to see a more visual representation of what that emphasis will look like, today’s your lucky day.

The latest trailer for Assassin’s Creed Odyssey, titled ‘Power of Choice,’ highlights the many ways in which players will be able to influence not only their gameplay approach but also how the game’s narrative plays out. In fact, you’d be forgiven for thinking that Assassin’s Creed Odyssey was a new BioWare game since, along with letting the player choose the protagonist’s gender, it will also feature branching dialogue trees, missions with multiple potential outcomes, and even the ability to romance certain NPC’s. 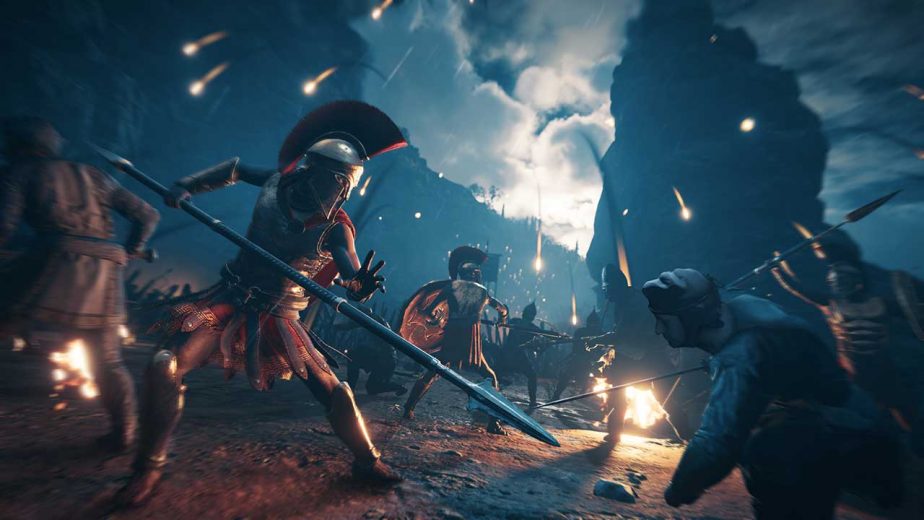 As for combat, players will be free to specialize in the tactics and skills they value most, be they related to melee combat, ranged combat, stealth, or any mixture of the three. Players will also be able to show off their preferred combat styles in a cosmetic manner, dressing Odyssey’s playable protagonist up in a variety of different armor and clothing styles (and yes, there will be wearable hoods for all you Assassin’s Creed purists out there).

Lastly, the trailer also shows how diverse Assassin’s Creed Odyssey’s gameplay offerings will be. Open-world horseback riding, underwater diving expeditions, large-scale melee skirmishes, and more intimate stealth sequences will all be part of the game’s portfolio, and they’re all just a small part of a much bigger picture.

Assassin’s Creed Odyssey is currently scheduled to launch for PC, Xbox One, and PlayStation 4 on October 5. If you’re planning on getting it for PC, be sure to review the minimum and recommended PC specs to ensure your rig is up to snuff.