The Brotherhood of Steel

If you watch the multiplayer trailer for Fallout 76, look very closely at 1:45, as several players walk through the ruins of West Virginia. A downed vertibird can be seen in the area, and close by are several metal barricades bearing an emblem; an emblem which looks suspiciously like that of the Brotherhood of Steel. Although perhaps a coincidence, the Brotherhood is also known for using vertibirds, like the one crashed nearby. 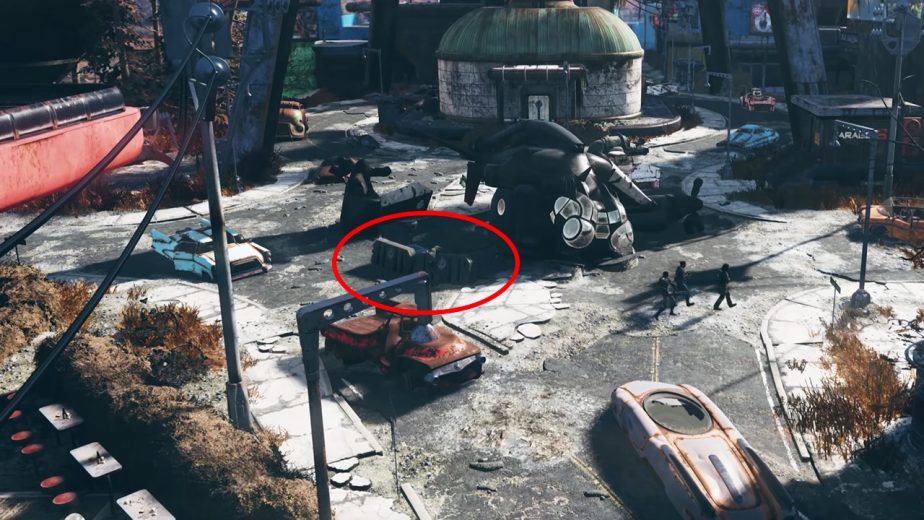 The Brotherhood of Steel didn’t reach its peak until the 2200s, over 150 years after the events of Fallout 76. However, the faction was actually founded around 2077. The problem is, much of their early history after 2077 was spent sealed inside the Lost Hills fallout shelter, until 2134, when a splinter group left their vault. The main Brotherhood didn’t begin to expand into the wasteland until the 2150s. Fallout 76, on the other hand, takes place in 2102. There’s one other problem, of course; the Lost Hills shelter was located in California. Vault 76, of course, is in West Virginia, on the other side of the United States.

The Brotherhood of Steel in Fallout 76?