Over the past few days, Bethesda has been releasing the videos it debuted during the studio’s Fallout 76 E3 presentation as trailers online. Two of the others gave fans a glimpse at the setting of West Virginia, and base-building. The next two Fallout 76 trailers also look at related topics; namely, the game’s multiplayer and the nuclear missiles scattered around the world.

You Will Emerge! Fallout 76’s Multipler

The first of the videos, originally debuted during Todd Howard’s E3 presentation, deals with multiplayer.

Both Howard and Pete Hines have since addressed player concerns about multiplayer, the trailer remains an interesting source for a first look at how the game’s multiplayer will work. The trailer opens with a brief player-vs-player engagement, ending with one player killing the other. Worth noting here is that the defeated player appears to go into a downed state, before the victorious player finishes them off. That would seem to imply that other human players can revive downed players before they die. In addition, rather than looting the defeated player, the winner appeared to be awarded bottlecaps. Bethesda has stated that PvP engagements will be an opt-in challenge-oriented system which players can opt-out of at any time. 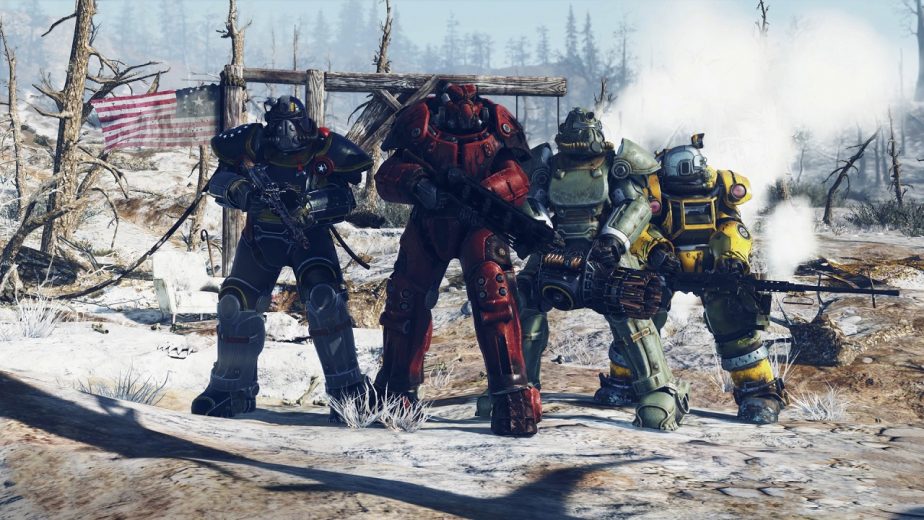 The second part of the trailer focuses on cooperative play, and this is the section which receives the most attention. Bethesda has emphasized cooperative play in Fallout 76 much more than competitive PvP.

The Power of the Atom! Fallout 76’s Nukes

The second trailer takes a look at the nuclear missiles scattered throughout West Virginia.

After this video was first debuted at E3, Pete Hines reassured fans that their fears about these missiles misuse online were unfounded. He also stated that players would receive significant warning before a missile lands. The trailer shows a rough, step-by-step process for gaining access to a missile; finding parts of an access code in the wasteland, possibly with the aid of allied players, before venturing into the silo to reach the missile. Rather than being used for PvP griefing, these missiles appear to be intended to create highly irradiated fallout zones. Such areas are filled with valuable resources and dangerous enemies; potentially leading to a scramble to claim the loot in the new area.