Today marks the launch of the Wild Appalachia DLC; the first post-launch content pack for Fallout 76. Alongside that big free release, Bethesda is also bringing a host of new items and content to the Fallout 76 Atomic Shop. This includes a new Power Armour Paint set and plenty more, including items and decorations directly related to the new DLC content.

One part of today’s Wild Appalachia content is a new questline called “Wasted on Nukashine,” and to start this quest, players must read one of the “Party Invitation Posters,” which can be found throughout the game. However, another way to do this is simply to claim the poster from the Fallout 76 Atomic Shop. Once you put it up in your C.A.M.P., you can read it and start the quest. Every player is entitled to claim this poster for free until 9:00 AM EDT on the 9th of April. 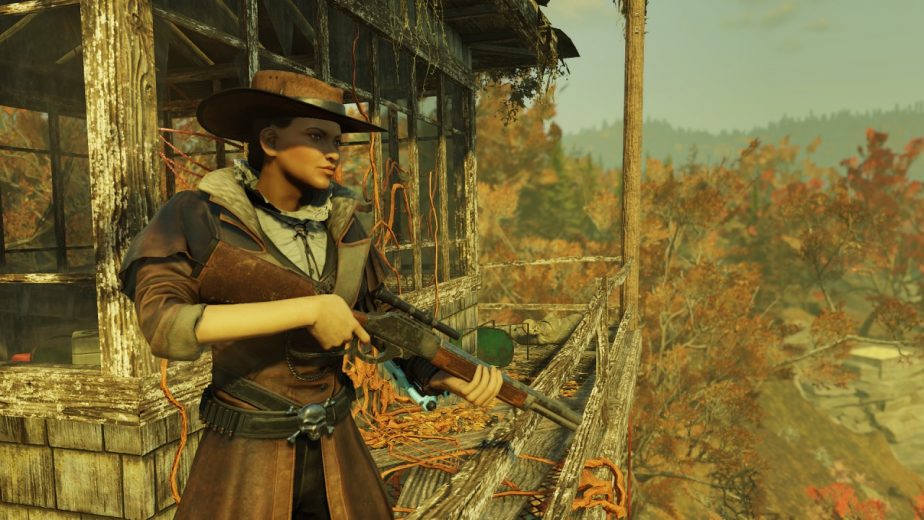 Bethesda also has two limited time offers in the Atomic Shop this month; the West Virginia Power Armour Paint Set, and the Whitespring Carpet. The paint set is available from today for 1,400 Atoms, while the carpet is available from the 15th for 400 Atoms. Both of these offers end at 7:00 PM EST on the 17th of March. Several more items are also on sale throughout this week: