Techland’s upcoming zombie-parkour sequel Dying Light 2 will come complete with a robust factions system. Based on whom you pledge your allegiance to, the game’s world can evolve (or degrade) in vastly different ways. However, as Techland recently explained, the major powers that be aren’t the only factions with skin in the game.

Two of the larger factions players will deal with are the Peacekeepers and the Scavengers. The Peacekeepers are an authoritarian force that wants to eradicate the zombie threat. The Scavengers, meanwhile, think that complete eradication of the zombie virus is an unrealistic goal. Instead, they want to focus on building up defenses and self-sustaining infrastructure so they can outlast the zombies. 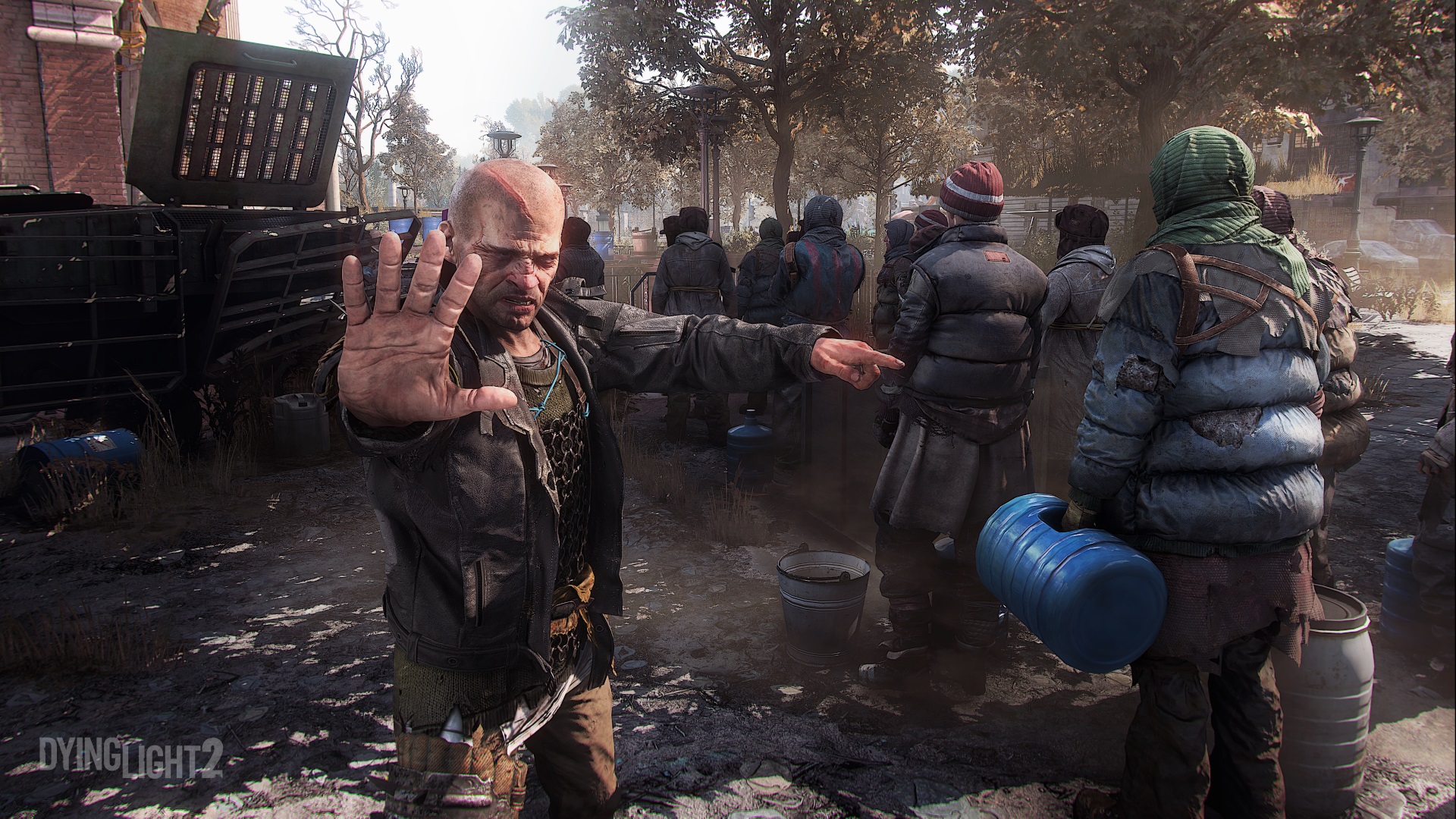 According to Smektala, there will be times when the player has to side with either the Peacekeepers or the Scavengers. Based on the player’s choice, certain parts of the world will transform into helpful facilities:

“So, for example, the Peacekeepers and the Scavengers are fighting for an abandoned swimming pool because it’s a great place for an outpost. The Peacekeepers want to create a training ground there because it’s easy to mop the blood from tiles, while the Scavengers want to start growing plants that they can use to produce fuel – they have this craftsman who understands that there are special types of plants you can use to create biofuel that powers vehicles.”

However, Dying Light 2 also has smaller ‘wildcard factions’ which can sometimes present a third option. Smektala only revealed one such faction, a radical group called The Untainted which can manufacture combat stimulants. The full game, however, contains several more main and wildcard factions. This means that Dying Light 2’s narrative can unfold in a large number of different ways. It all depends on whom the player chooses to play nice with.

As of this writing Dying Light 2 doesn’t yet have a release date. We’ve looked at the game’s choice-based narrative before, but the factions definitely add an interesting wrinkle. Techland is also still working on new content for its Dying Light: Bad Blood battle royale spin-off.