Lawrence Schick has long been the Loremaster for The Elder Scrolls: Online. However, in a recent letter, he has announced that he will be departing from the position due to family reasons. His farewell letter to the game’s community was posted on the official website. He doesn’t write about his time spent working with the lore; instead, he focuses on what the community has meant to the lore over the years, and what they will no doubt continue to mean.

Lawrence Schick Will No Longer be Loremaster for The Elder Scrolls: Online

Schick paints an interesting picture of the lore of the Elder Scrolls setting; a lore told from individual perspectives rather than set by overarching rules; “At some point,” he says; “the folks at Bethesda Game Studios realised that, for an interactive world, that patchwork background was actually a virtue rather than a liability, something that should be recognised and incorporated into Tamriel’s design. So the brain trust decided that all of the Elder Scrolls world’s history, mythology and culture – its lore, in short – would be delivered, not from on high, but always from the viewpoints of characters who inhabited the world they were describing. And these descriptions might vary, or even contradict each other, leaving it up to the players to decide what was and wasn’t true.” 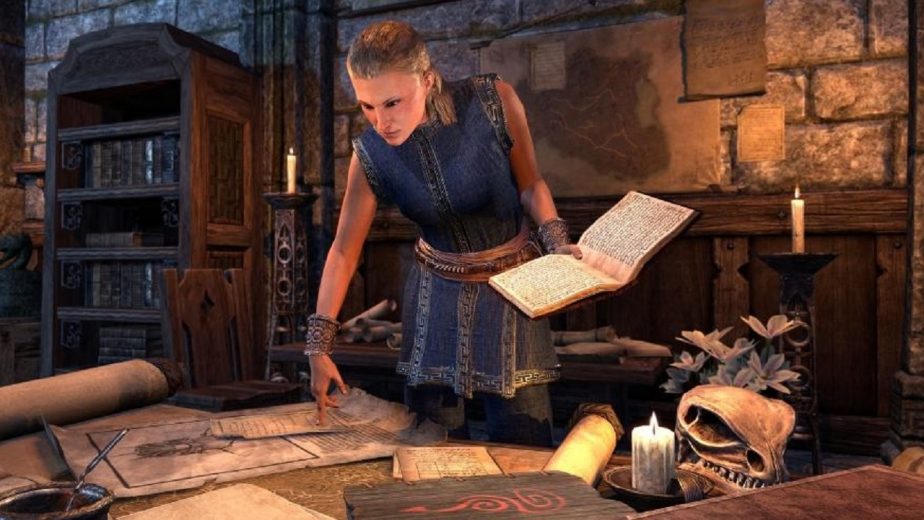 Schick goes on to explain how the franchise’s players have helped to build the world of Tamriel and its lore; “What your character does, and says, and believes, becomes part of that world. For you, and whoever else shares the experience, what happened is now part of the lore. The non-player characters are all there, ready to share their stories with you, but it’s you who make those stories live, because your character has agency and meaningful choices where the NPCs do not.”

This might seem a tad intangible. However, Schick points to several instances where The Elder Scrolls: Online has changed thanks to the community. As a result, characters have returned or departed based on feedback, and the lore has been altered significantly. As a result, and more so than any other Elder Scrolls game; The Elder Scrolls: Online has a lore shaped by the community. Signing off his farewell letter, Schick writes; “So be the person in Tamriel whom you want to be, coming from the culture you want to role-play, with the belief system that best expresses your character’s personality and background. Whoever you want to be, there’s a place for you here. The lore is yours.”

Lawrence Schick has evidently enjoyed his long tenure as Loremaster for The Elder Scrolls: Online. It’s certain that he will be missed by both ZeniMax Online Studios and the game’s community at large.