During the Witches Festival last year, players of The Elder Scrolls: Online were able to acquire a special mount called the Nascent Indrik. These mounts weren’t easy to get. However, those players who have one will soon be able to transform it into an even rarer mount. ZeniMax is planning to add an evolution system which will enable players to change their Nascent Indriks into different varieties of Indrik.

How to Evolve Your Nascent Indrik Mount

The option to evolve your Nascent Indrik will require you to participate in several in-game events. During these events, you will be able to earn Event Tickets. These will also become available in the Crown Store at some point during Q1. Once you have 10 Event Tickets from a given event, you can exchange them for Indrik Berries, a new type of Upgrade Fragment. You can get these from the Impresario, the event merchant who you’ll find in Daggerfall, Davon’s Watch, and Vulkhel Guard. This merchant is only available during events. 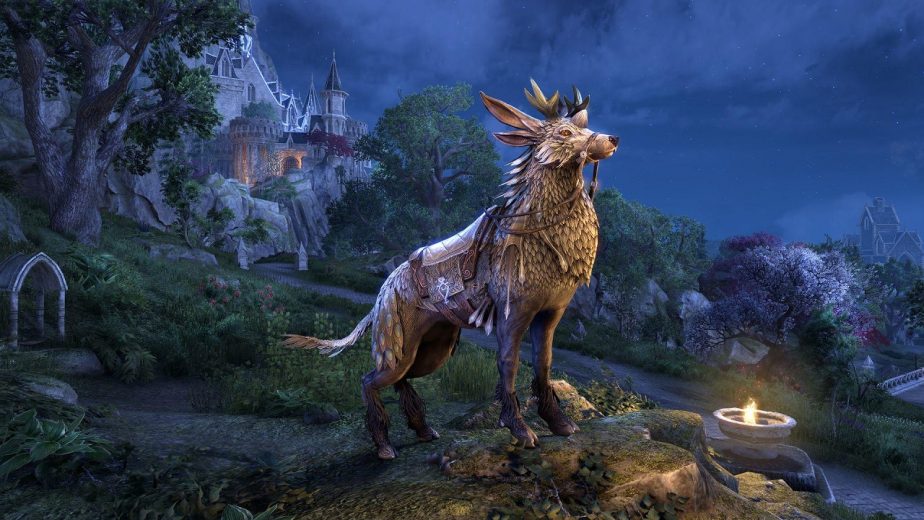 You’ll need to earn 10 Event Tickets during each event and get all four Dawnwood Indrik Berries. With the four in your possession, you can use them to evolve your Nascent Indrik in the Collections UI menu. This particular berry set will evolve it into a Dawnwood Indrik. Don’t worry if you miss an event, as the Impresario will stock all previous Dawnwood Indrik Berries with each new event. If you don’t have a Nascent Indrik (or you want to get another one), you can also acquire the four Indrik Feathers you need to get one from the Impresario.

ZeniMax plans to tie a different set of Indrik Berries to the in-game events during every quarter of 2019. That means that there will ultimately be four different transformations for the Nascent Indrik. However, the Impresario will only stock previous Berries within each quarter. That means that if you don’t acquire all four Dawnwood Berries by the end of Q1, the chance to get a Dawnwood Indrik will be lost.