With the release date of Fallout 76 fast approaching, Bethesda has teased some of its new Fallout 76 creatures in a new series; “Tales From the West Virginia Hills.” This new five-part series details a different creature in each episode. Each also takes the form of an episode of a radio play. The fourth of the series focuses on the voracious Wendigo.

Fallout 76 Creatures: The Tale of the Wendigo

“It has been said that money is the root of all evil,” says the episode narrator; “So when greed knows no bounds and avarice goes unchecked, what other appetites might take hold? Curse of the Wendigo! chews over this very question.”

The tale told in “Curse of the Wendigo,” seems to suggest that wendigos are the result of radiation. In the story, the radiation leaks from a core meltdown, but in Fallout 76, the nuclear fallout could easily be the cause. Those affected appear to undergo a similar transformation as that of turning into a ghoul. However, they become more skeletal, and develop a fearsome and ceaseless hunger. 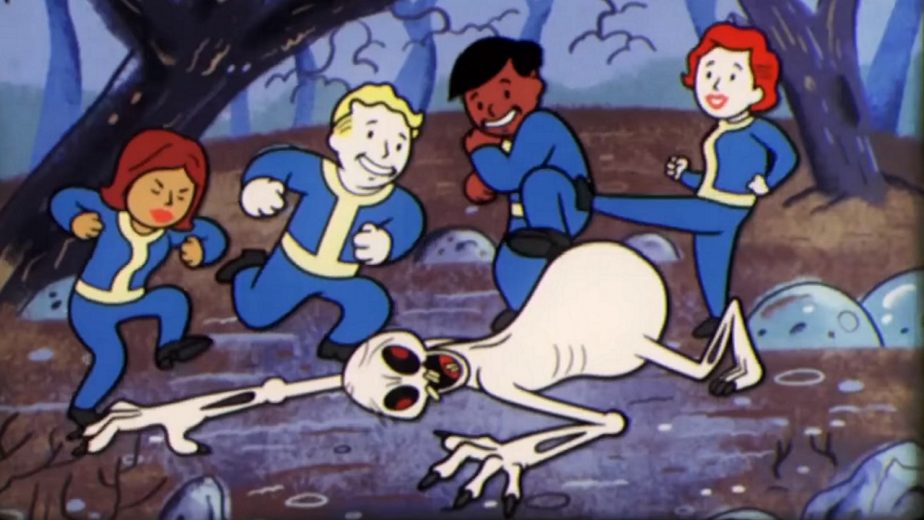 Unlike the other entries in the “Tales From the West Virginian Hills,” such as the Flatwoods Monster or Beast of Grafton, the Wendigo isn’t exclusively from West Virginia. Rather, the Wendigo is a mythical evil spirit from the mythology of the Algonquian native American people. They are typically portrayed as monstrous emaciated figures and have strong associations with cannibalism. There is even a little-known mental condition which is known as “Wendigo Psychosis”; A rare condition which causes cannibalistic urges or tendencies. It is still a matter of debate whether the condition is real or not.

The Wendigos which appear as Fallout 76 creatures appear to match the description very well. They are emaciated, ashen, and monstrous, although in this case they appear to result from radiation rather than evil spirits.