Once again, Pete Hines has spoken to fans about the upcoming Fallout 76 microtransactions. Hines has addressed this new feature on a number of occasions, and each time has reassured fans that they won’t be pay-to-win. This latest occurrence came earlier today at PAX Aus, where Hines was very clear about how they will work.

With the news that multiplayer will feature in a Fallout game for the first time, and then the news that there will be Fallout 76 microtransactions, some fans are understandably concerned. However, Bethesda has been very clear since that initial announcement that there will be no pay-to-win elements in the microtransactions. The Fallout 76 microtransactions will be cosmetic only; “If you don’t want to spend money in the Atomic shop for cosmetic stuff you don’t have to,” says Hines; “We give you a shitload of Atoms just for playing the game. Folks that want to spend money on whatever the hell it is because they don’t have enough Atoms, they can, but it’s not, ‘I’m now better playing against other players because I spent money.’ It’s not pay-to-win. And it’s not loot crates.” 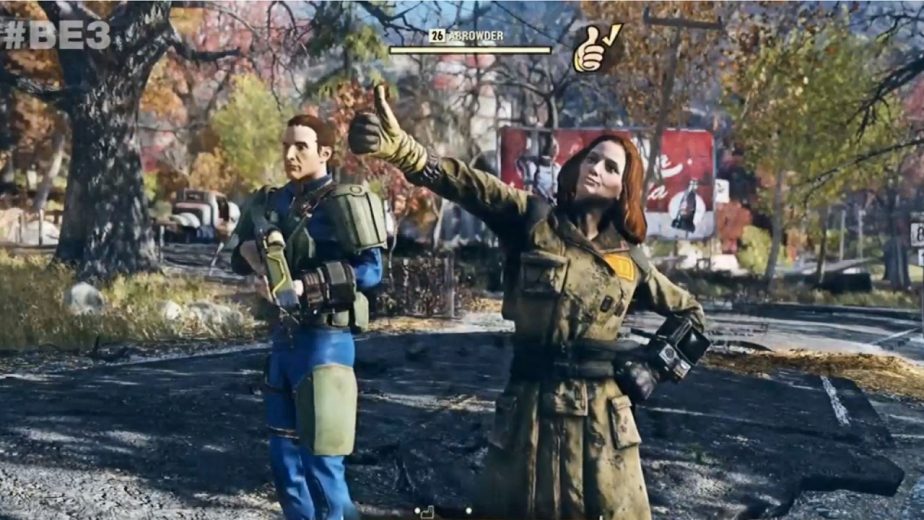 Hines continued by clarifying that Bethesda wants to be on, “the right side of the line,” with fans on this issue. Indeed, this will be the first time that Bethesda has included micro-transactions in a non-mobile title in over a decade! In fact, this shift has a very relevant second part to it which gamers should really be aware of… and will likely support too.

Bethesda will be using the revenue generated through the sale of cosmetic Fallout 76 microtransactions to fund the development of DLC for the game. As a result, all of Fallout 76’s DLC will be free; “All the content we ever put out for Fallout 76,” explains Hines; “all the DLC, all the post-launch stuff, is going to be free. That’s important. And to say, the Atomic Shop is cosmetic stuff. To make sure folks understand. Look, there’s a line. There are people who have crossed it, but we’re going to stay on the right side of it in terms of the things you can spend money on and how this stuff works and what you’re getting for your $60. That you know, when they put out new content or features or whatever, I’m getting that stuff for free. That feels right.”