EA recently published a new update on the official Battlefield 5 website. The update serves primarily to provide information on the upcoming Firestorm battle royale mode. However, it also showcases another feature; the Firestorm Ranger Set. The set is a new Battlefield 5 Pre-Order Bonus themed around the Firestorm game mode. 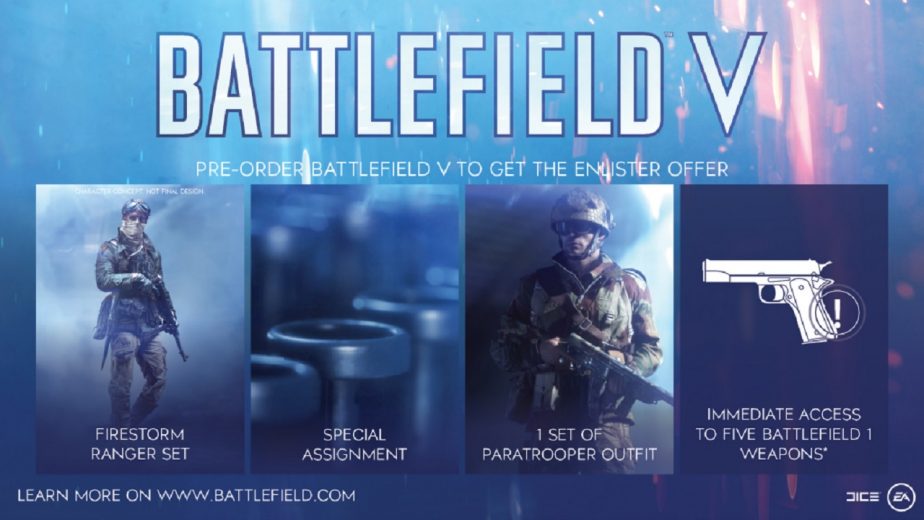 The Firestorm Ranger Set consists of a new tactical loadout which is inspired by the game’s battle royale mode; Firestorm. The set includes; “goggles, light battle fatigues, and MKIII(S) Elite Combat Dagger – the weapon for all encounters as you fight for survival. This set is a bonus for pre-ordering Battlefield 5 and although inspired by Firestorm, it will be usable by players across Battlefield 5”. Fans who pre-order Battlefield 5 can take advantage of two pre-order offers which include the Firestorm Ranger Outfit; the Enlister Offer and the game’s Deluxe Edition. Indeed, players who have already pre-ordered the game will likely have had the Ranger Set added retro-actively to their orders. 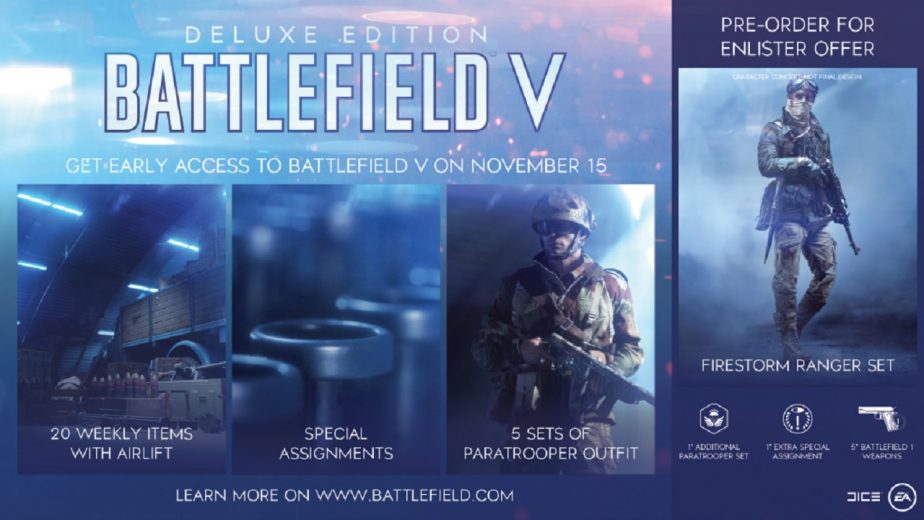 The Enlister Offer applies for all players who pre-order the standard version of the game or the Deluxe Edition. In addition to the Ranger Set, it includes three other benefits. The first, Paratrooper Outfit, allows players to pick one of eight different Special Soldier Sets once the game launches. Each includes different customization options. The second feature is additional Special Assignments, complete with rewards. Finally, players who pre-order will get immediate access to five weapons from Battlefield 1. Players who pre-order the Deluxe Edition will get five of the Paratrooper Outfits instead of one, additional Special Assignments, a bonus 20 items each week from Airlifts, and early access to the game. The game is scheduled to release on the 20th of November. However, those who pre-order the Deluxe Edition, and some who have certain EA-run subscriptions, will be able to play the game a few days early.