“In the Name of the Tsar” was the second expansion for Battlefield 1 and released back in February of 2017. It added both the Russian Empire and Red Army as playable factions, a new game mode, two new Operations, and a host of additional content. Most notably in this case, however, it added the first playable female soldiers in the Battlefield series. The Russian Army’s Scout class all appear as women; representing the actual Women’s Battalions of Death who fought for Russia in the First World War. The cover art for this expansion sets the tone in dramatic fashion. Indeed, it may well have inspired the eventual cover art for Battlefield 5.

The commander of the First Women’s Battalion of Death was portrayed on the Battlefield 1 cover by Vendela, a Swedish model. Her intense portrayal of the Russian soldier seems likely to have informed the cover used for Battlefield 5; both covers feature a female soldier in a greatcoat with a handgun, for example. Even the poses are somewhat similar. We recently had the opportunity to ask Vendela a few questions about how she got the role as the Battlefield 1 cover model for “In the Name of the Tsar.”

VGR Interviews Vendela, the Battlefield 1 Cover Model for “In the Name of the Tsar”

To start with, can you tell our readers a bit about how your career as a model began?

“I didn’t thinking about modelling until after I shaved my head and randomly got offered a magazine feature from a Swedish photographer. After that, more jobs started coming in and I freelanced for a while before I moved to Los Angeles.”

How did you become the cover model for the ‘In the Name of the Tsar’ DLC for Battlefield 1?

“I got a phone call from my agency one day and all they said was “Do you still have a shaved head? If so, we booked you this job”… I had no idea what the job was for until I showed up on set. I don’t think I understood how big it actually was until I saw myself on billboards around Hollywood.”

Did EA DICE approach you about working for them again as the cover model for Battlefield 5?

After your work for ‘In the Name of the Tsar’ did you have any inclination that you might return to the franchise in the future? 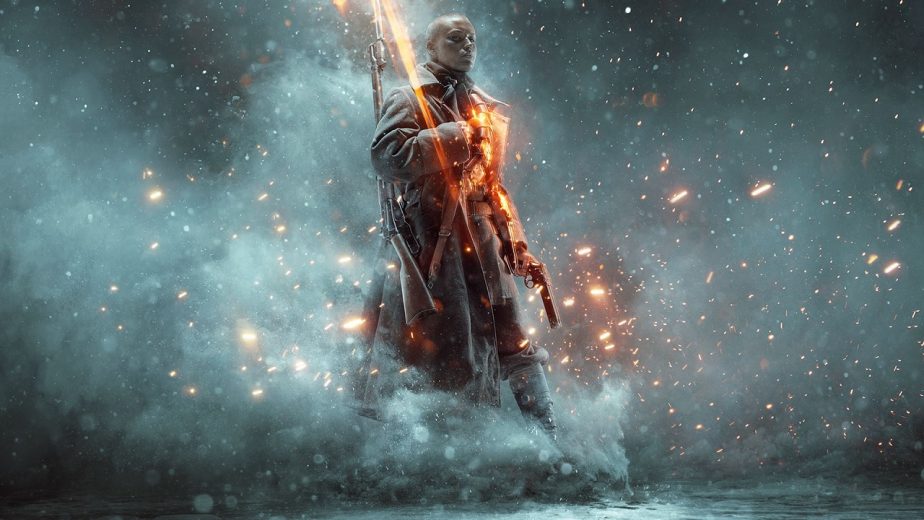 Was being the cover model for a series like Battlefield something you had imagined when you began your career, or was it totally unexpected?

“It was totally unexpected. But after the shoot I realised that it is the type of jobs that I want to be doing more of in the future.”

Unfortunately, some gamers have been vocally against the representation of women in Battlefield 5. Have you had to deal with any negative backlash from fans as a result of your cover appearance?

“There will always be people who complain about something, but I ignore it.”

Compared to your other appearances as a model, are more nonstandard appearances (such as portraying a member of the 1st Russian Women’s Battalion of Death!) something which you’d be interested in doing more of?

Where can fans see more of your work?