Thanks to games such as Behavior Interactive’s Dead by Daylight and Gun Media’s Friday the 13th: The Game, the asymmetrical horror genre is on the rise, and soon there will be another contender stepping into the blood-soaked ring: Elastic Games’ Last Year: The Nightmare.

Similar to the above mentioned games, Last Year: The Nightmare will involve a team of five players having to work together so they can escape from a spooky high school campus on Halloween Night while a sixth player hunts them down. However, unlike in Dead by Daylight or Friday the 13th, Last Year’s hunter player won’t be controlling just one unstoppable killer but three. The hunter will be able to freely switch between the giant (a hulking brute who moves slowly but who can also crush and even throw the survivor players with ease), the slasher (a Jason Voorhees type who can wield armaments like axes and machetes), and the strangler (a frail yet fast-moving foe who can ensnare survivors from a distance with his chain and reel them in for a devastating stab attack). 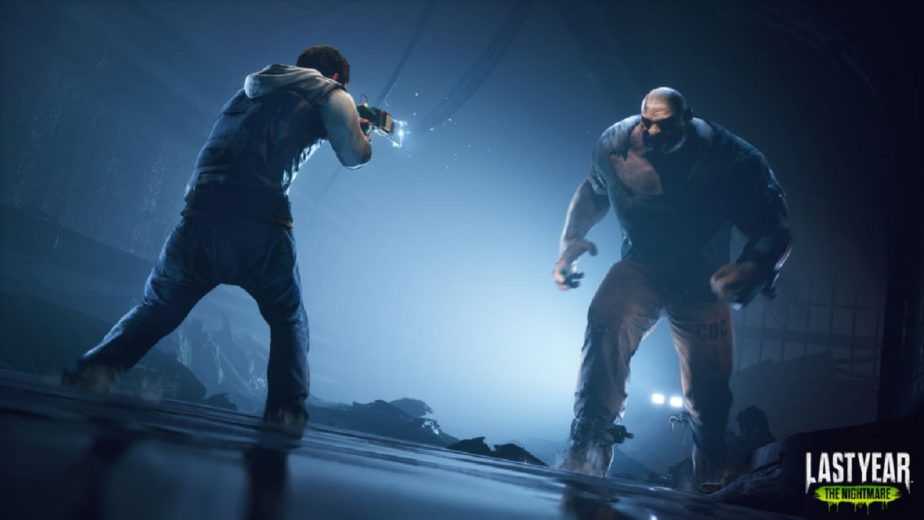 The hunter player can also utilize a unique “Predator Mode” in which they move about the level as an ethereal ghost. The ghost can’t directly harm the survivors, but it can trigger traps and ensure that the survivors never know where the next killer is going to spawn. To counteract the hunter player’s seemingly godlike powers, the survivors will embody a series of class-based teenager archetypes (the jock, the nerd, the mean girl, etc.) who can craft weapons and traps of their own. If the hunter player sustains enough damage while embodying one of their three killer forms, they’ll be kicked back to their Predator Mode state and forced to wait through a lengthy cooldown period before they can spawn back in as a killer.

Last Year: The Nightmare doesn’t yet have a solid release date but Elastic Games is planning to release it for PC sometime this fall. Initially, Last Year will only be available via the Discord service’s recently launched online store, though there’s a chance it could eventually come to storefronts like Steam as well. More information can be found via the game’s official website.