Last year, EA’s Global Consumer Insights team conducted a survey of the general gaming community. The goal of the survey was to gauge how gamers felt about the issue of inclusivity; did they care about it, did they want to see more or less, etc.? Now, that survey’s findings have been made public, and they seem to show that people are enormously in favour of inclusivity in games.

EA’s survey spanned some 2,252 participants from across the gaming spectrum. The study was led by Jenny Shi, and her findings were recently published on Medium. Participants were given a range of questions on the topic of inclusivity, and given examples to illustrate the cases. “Inclusion can mean many different things,” writes Shi; “for the purpose of this research, we provided the following examples to better define inclusion: Being able to customise your character to have a wide range of skin colours and body sizes; Stories or plots with culturally diverse characters; Healthy and friendly in-game chat experiences; Offering features that allow those with special needs to play.” 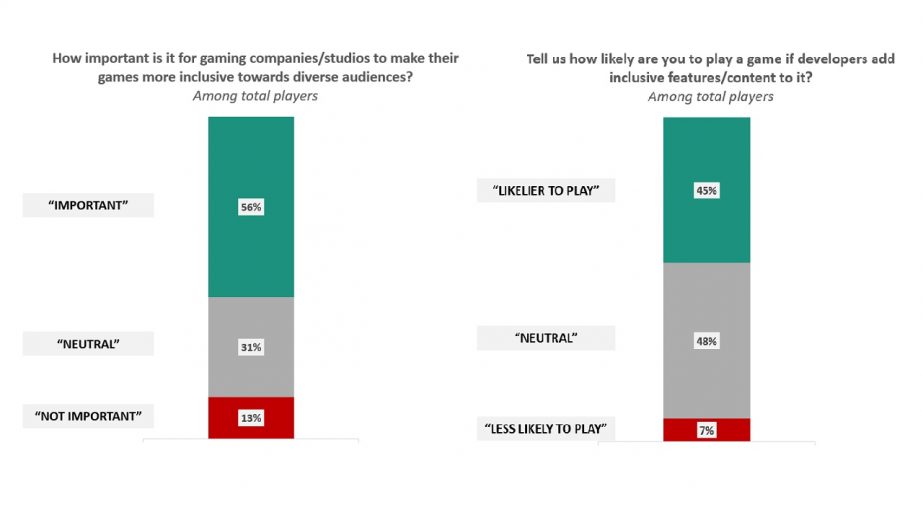 The biggest finding from the study appears to dispel the myth that the backlash seen against inclusivity in games represents the majority view. In fact, the survey shows that such views are overwhelmingly in the minority. Just 13% of participants said that inclusivity in games was “not important”. In fact, only 7% said that they would be less likely to play a game with inclusive content! Meanwhile, a huge 56% of gamers said that inclusivity was important, and 45% say that they are more likely to play a game with inclusive content. 31% were neutral on the issue. Shi lists the following four conclusions as the key takeaways of the report.

Addressing the Problem of Toxicity Should be a Priority

One other key finding of EA’s report is that the majority of gamers rank ‘toxicity’ as the second-biggest issue in gaming. 61% of participants said that they were “very/somewhat concerned” about toxicity. This only ranks behind the issue of game quality, which 67% of participants were concerned about. With three out of every five gamers concerned about toxicity in games; this is clearly an issue which companies need to start seriously addressing. In fact, 14% of participants said that they had stopped enjoying a game because of an unfriendly or toxic online community. Despite recent improvements, around 60% of players didn’t feel that the last two years had seen any improvement on this issue. 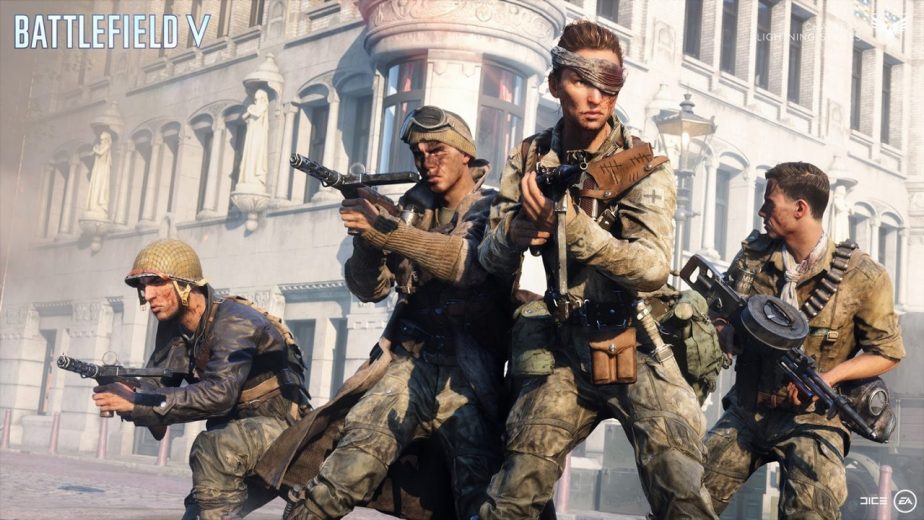 The report recommends the inclusion of in-game regulation systems which allow moderators to review gameplay replays, but also more strict measures; “Instant suspensions triggered by detection of slurs in chat,” for example, along with both; “profanity filters on PC that are tested during open beta and tweaked before launch,” and; “endorsement systems between players for being helpful teammates or having good sportsmanship, then rewarding those with higher endorsements with in-game bonuses.”

This latter point raises an oft-overlooked issue. While companies do need to find ways to address toxicity and punish the worst offenders, it’s important to also promote the best parts of a community. Those sorts of positive reinforcement help to develop a much more positive community overall. Managing this kind of toxicity also lowers barriers for female gamers. The report found that male and female gamers play with friends or family in person at near identical rates. However, female gamers are around 20% less likely to play online, especially in a team or with strangers.

“It becomes a vicious cycle,” explains Shi; “when they experience toxic behaviour from other players, they avoid playing and become less confident in their skills because they have fewer welcoming opportunities to play in the first place. An effective way to help knock down those barriers is to reduce disruptive behaviour. According to players who don’t play online multiplayer games, it’s the top factor that would make them reconsider playing.” 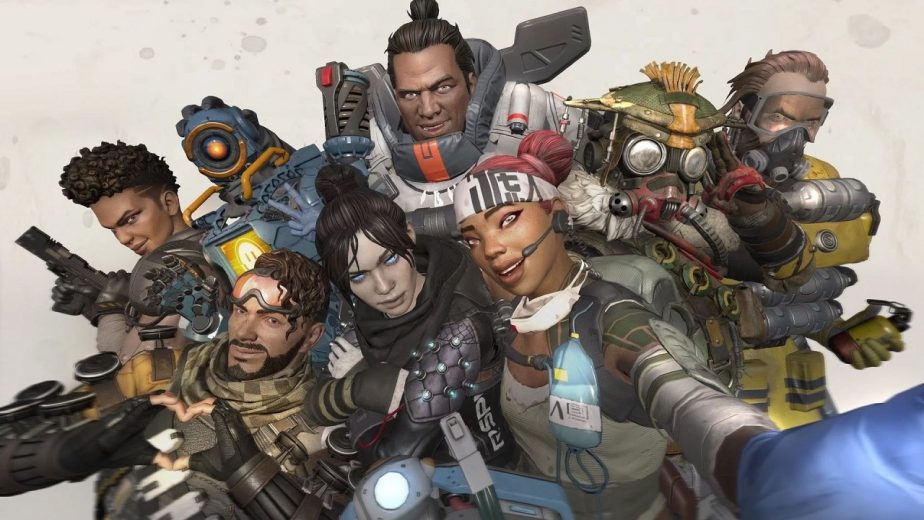 What These Findings Should Tell Video Game Companies

What these findings show is that, not only is inclusivity supported by a huge majority of gamers, but 45% of a prospective market may be more likely to buy a game with inclusive content. On the other hand, only 7% are less likely. As such, inclusivity may also prove to be good business; a factor which, for better or worse, is much more likely to motivate corporations in the industry. We’ve all seen the kind of vitriolic backlash on social media which inclusive games (and gamers who support them) often face; it’s undeniable that this sort of backlash can dissuade companies from promoting inclusivity, for fear of attracting online abuse. However, what these findings show is that the vitriol is most likely coming from a highly vocal minority, not the majority of gamers. As such, companies shouldn’t view such backlash as a reason not to promote inclusive content.

“These findings should validate and encourage game developers to incorporate inclusive content in their games,” writes Shi. She concludes; “Above all, politics and social movements aside, my hope is that gaming should be for everyone. So, let’s all do what we can to create game experiences that are inclusive to all.”