While the whole foundation for NBA 2K19 is playing basketball on virtual NBA courts or in outdoor parks, there is another game within the game. Gamers are able to take a step away from the concrete or clay courts found outside and play a friendly game of NBA 2K19 dodgeball. Here are the basics, controls, tips, and tricks for how to play dodgeball in the game.

NBA 2K19 dodgeball is an in-game, online event in which gamers play against numerous other online gamers for prizes. It’s available on PlayStation 4 and Xbox One. Just like real-life dodgeball, it involves either throwing a ball at your opponent(s) to eliminate them and also dodging the ball when its thrown at you. 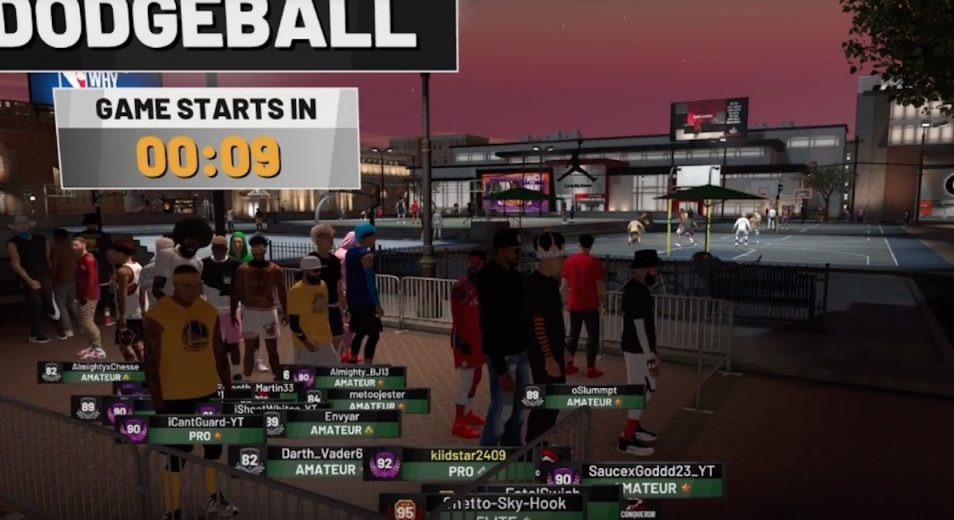 Dodgeball is available twice a day within the NBA 2K19 game. Therefore, gamers need to be able to be online to participate in the game. You can check on your NBA 2K19 event app on your phone for the event times.

If you’re online at the required time, simply head over to Iverson Park (or whichever location is specified) to get in the game. Show up at the right place around the right time, and you’ll see a bunch of other players waiting there.

A countdown timer will eventually appear so get ready. Once the game gets going, everyone scrambles in search of the dodgeballs that randomly “spawn” around the area.

The dodgeball games are similar to an online battle royal style of play, almost like Fortnite Battle Royale. That means numerous players may be involved in a game. Everyone is trying to become the last man standing so watch your back as the ball will be fired fast and furious.

The NBA 2K19 dodgeball controls are relatively simple, but mastering them can help you improve your chances of surviving, and winning. The controls below can help you avoid being hit and make the best throw possible.

One tip to keep in mind is to look for the NBA 2K19 dodgeball game to join with lower participants. You’ll need to find a park with about 50 to 75 players there. That increases your chances of winning the game.

Always keep a dodgeball in hand because you never know who is hiding where. For the final throwdown you have to meet up near the Allen Iverson area, so keep that in mind as the timer gets lower.

Several gamers posted a bit of a stealthy or sneaky way of winning the game, which some might even call “cheating.” The tip or trick is to basically “run and hide.” Then you wait for the eliminations to occur. When it’s down to you and one opponent, find them and take your best shot! 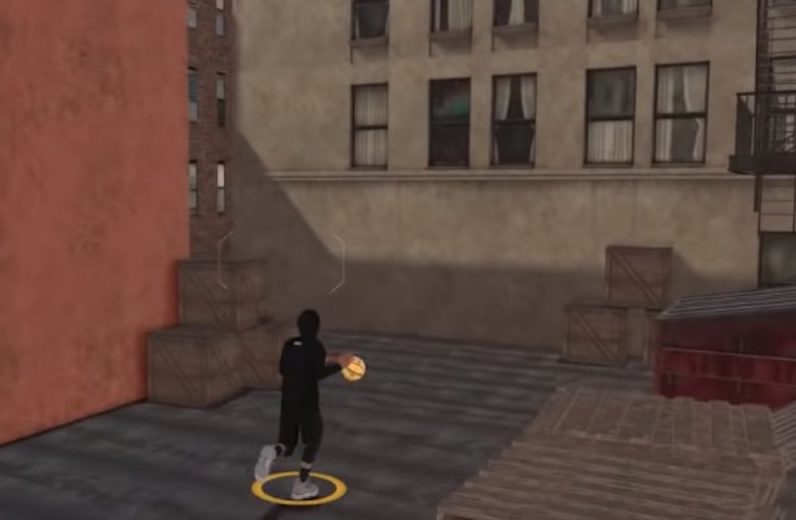 Another gamer basically enlists three friends to get in the NBA 2K19 dodgeball game with them. Once they show up at the event, they wait for the countdown to hit zero, and head to the alley to “hide.”

From there, they wait it out in the darker area for some other dodgeball players to hunt them down to try to eliminate them. However, they’ll have their friends on lookout in the alley for when that player shows up. That gives them the heads up to take a shot at the opponent. Check out the full NBA 2K19 dodgeball tip here on YouTube.

Since the NBA 2K19 dodgeball events take place twice daily, that gives you two times each day to try to score some great prizes. Gamers have reported winning 25K VC or other in-game items, so it not only is fun, but worth getting the victory!